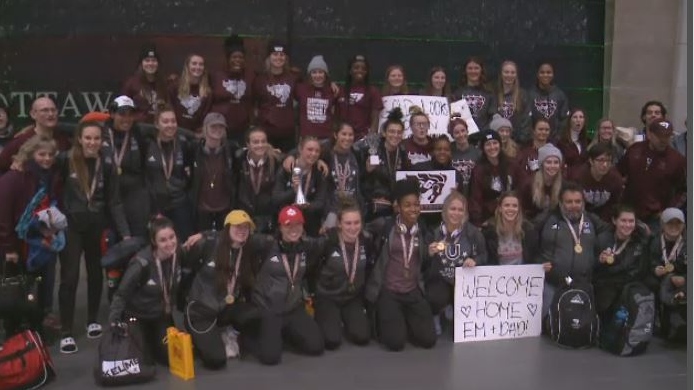 Signs at the airport included “Gold Looks Good On You” and “World Champions … no big deal.”  The team posed for a photo with the FISU University World Cup trophy in the airport before heading home.

First-year defender Trinity Esprit was named Most Valuable Player of the tournament.

The Gee-Gees played five games in 10 days, while also balancing school. In an article on usports.ca during the tournament, goalkeeper Margot Shore noted “we have been trying to balance school and soccer while we’ve been here.” Shore said some of the players wrote a mid-term exam while in China.