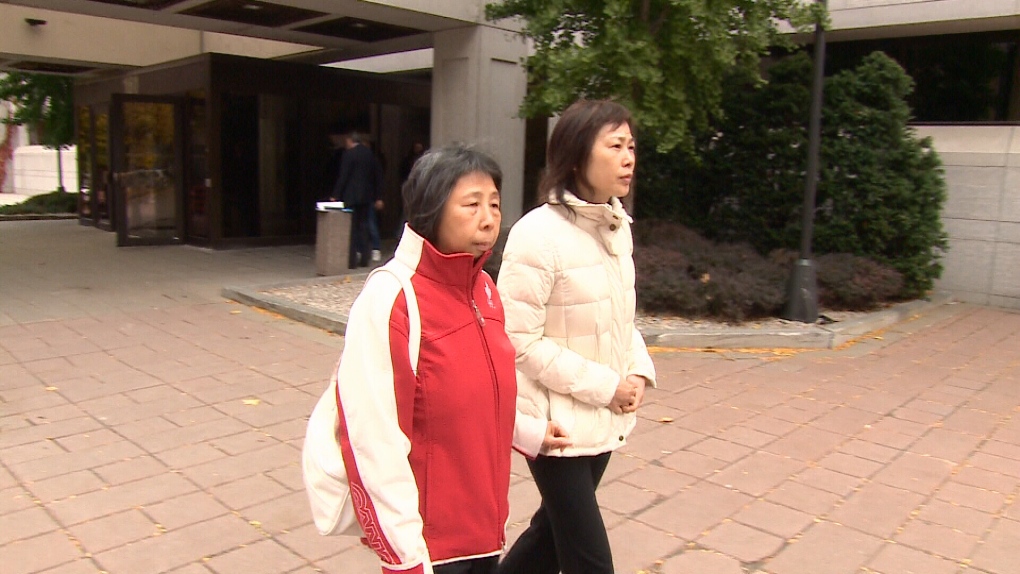 Jenny Wu, on the right, leaves Ottawa court on Friday, Oct. 18, 2019 feeling that a 2 ½ year sentence for the man who claimed the life of her husband came nowhere close to the justice she was seeking.

An Ottawa tow truck driver was sentenced to 2 and a half years in prison today for killing a 55-year-old father and severely injuring his teenage daughter in a crash in 2015.

Mohamed Haj-Saleh was traveling at more than double the posted speed limit when he ran a red light and plowed into another car. Giai Ly was behind the wheel of that other car, his 13 year old daughter in the back seat.  Today Lee's widow said 2 ½ for the life of her husband came nowhere close to the justice she was seeking.

It's been nearly 4 years to the day since Jenny Wu lost her husband Giai Ly, since her life and that of her two daughters drastically changed.

“My husband was a great citizen,” says Jenny Wu, struggling to speak English.  It was Giai, she explains, who spoke English, who translated for her, who did the bills at home.  She is lost without him. “He was a great contribution to the society,” she adds.

On Sunday, November 8, 2015, Ly was behind the wheel of an Acura with his 13-year-old daughter, just a couple blocks from home.  The road was dry and visibility was good, according to evidence heard in court.  22-year-old Mohamed Haj-Saleh ran a red light at Meadowlands and Viewmount, travelling, court heard,  at between 95 and 110 kilometres an hour.  The speed limit is 40.  Ly was killed, his daughter spent months in hospital.

In handing down his sentence, Justice Robert Maranger considered several factors, including Haj-Saleh's previous driving record.  At just 22, he had already racked up 26 highway traffic act violations, including 5 speeding tickets, a couple of them just days before the crash.

Justice Maranger said the crime warranted time in a federal prison; he'll spend 2 and a half years there, but he added that Haj-Saleh showed real remorse.

"I accept his statement of sadness," the judge said, “His sense of guilt in my estimation is genuine."

He added that Haj-Saleh had no criminal record, was a young man and had a strong supportive family.

“This is a serious injury,” Wu said, “people driving against the law are crazy, injure them and make them die and 2 and 1/2 years, that's really little.”

Haj-Saleh's mother clearly didn't think so. She felt ill after the sentencing and was taken out of court on a stretcher.

That prompted a volatile outburst by supporters of Haj-Saleh directed towards media covering the story.  A CTV cameraman was struck several times .

Jenny Wu left court with little sense of justice but a tiny spark of hope that maybe the man who killed her husband will learn something from this.

Haj-Saleh won't be behind the wheel of a car anytime soon.  After his prison sentence, he will banned from driving for an additional seven years.