Travellers, airlines and hotels prepare for the eventual return of travel as COVID-19 vaccines rollout 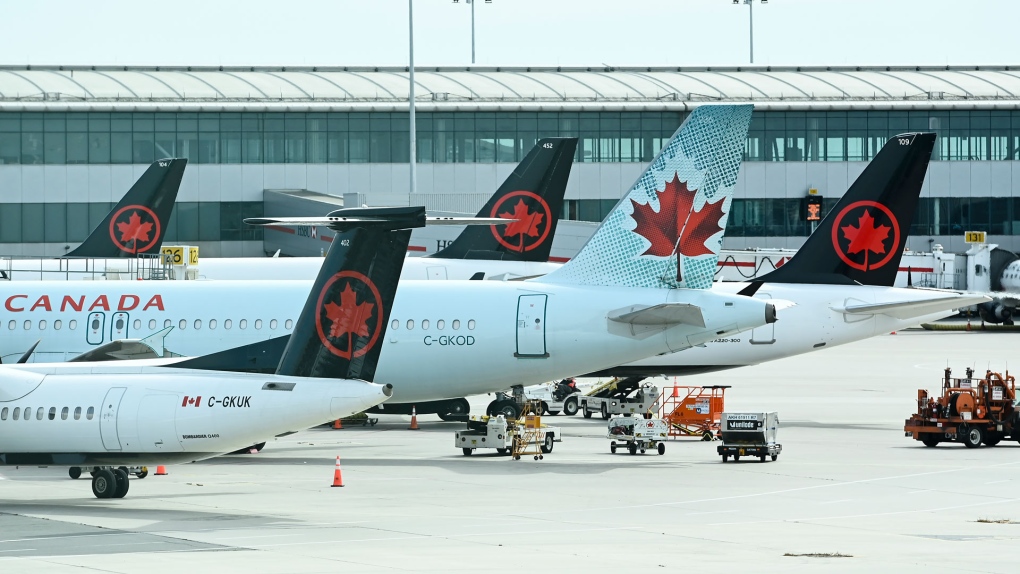 Air Canada planes sit on the tarmac at Pearson International airport during the COVID-19 pandemic in Toronto on Wednesday, Oct. 14, 2020. THE CANADIAN PRESS/Nathan Denette

OTTAWA -- Mass-vaccination campaigns may be creating consumer confidence for those who want to travel abroad, which is likely what air carriers are banking on, as some plan to resume interprovincial routes and to sun destinations.

Diane Powell and her husband Robert are avid travellers. In a normal year, they would spend six months in Florida, where they can hop on a cruise to visit Caribbean islands.

COVID kept the couple at their home in Ottawa for most of 2020 but this summer, that’s ending.

"We are so excited. We have our first vaccine and we have a cruise booked for August," says Powell. "Everybody is just chomping at the bit to get back to travel and our friends are all booked on cruises in the future as far down the road as 2023."

For Powell, she feels like the vaccine has lifted the weight of fear off her shoulders and she’s likely not alone.

Air Canada says it will restore some service along routes to Jamaica, Mexico and Barbados starting in early May. Canadian airlines suspended all flights to sun destinations in January at the request of the federal government.

Air Canada said in its most recent earnings call in February that it expected the federal government to replace some quarantine measures for international travellers with a testing program at airports by the time the suspensions were scheduled to lift.

"We committed to return to the communities we left as a result of the pandemic, and we will be restoring flights to these regions in the coming months of our own volition," said Ed Sims, WestJet president and CEO, in a statement released Wednesday. "These communities have been a crucial factor in our success over our 25 years and it is critical for us to ensure they have access to affordable air service and domestic connectivity to drive their economic recovery."

Service to the five airports was halted in November 2020 in response to the decline in demand for air travel as a result of the spread of COVID-19.

The airline also announced the June 24 return of its St. John's – Halifax route, with flights six times a week, has been upgraded to May 6. The route was suspended in October 2020.

Travel agencies have been crushed by the pandemic. While executive vice-president of Bytown Travel Dave Davidson says he has seen pent-up demand from clients, especially with high-end cruises, he is cautiously optimistic.

"People’s perception are the biggest drawback because of restrictions; all the quarantining that going on if they take a week holiday then they have to quarantine for fourteen days, that’s three weeks," says Davidson. "Until that quarantine is lifted or reduced, then we’ll see that flood-gate open but when that happens we don’t know."

Any traveller arriving to Canada by air must provide a negative COVID-19 test result before boarding the flight. There is also a mandatory 14-day isolation period which includes a prepaid three-night stay at a government-authorized hotel at your own expense.

Steve Ball, president of the Ottawa-Gatineau Hotel Association, says there has been an increase in hotel stays. In March, occupancy rates are around 33 percent but still down 48 percent overall.

"Our challenge is looking forward. We look at committed demand, which is really business in the books which is traditionally made up of meetings and conventions groups and weddings, there’s none of that," says Ball, adding hotels are relying now on leisure travel which can be hard to predict.

"Expectations are we will see some summer business but its so dependent on the messaging ... somewhere between 50 and 60 per cent of the hardest hit industries won't make it without government support. We're very concerned about the federal budget in April and whether or not the wage-subsidy program is going to continue, that’s been a lifeline for the tourism industry and in particular hotels and without that it’s going to be tough."