These are the 10 most dangerous intersections in Ottawa 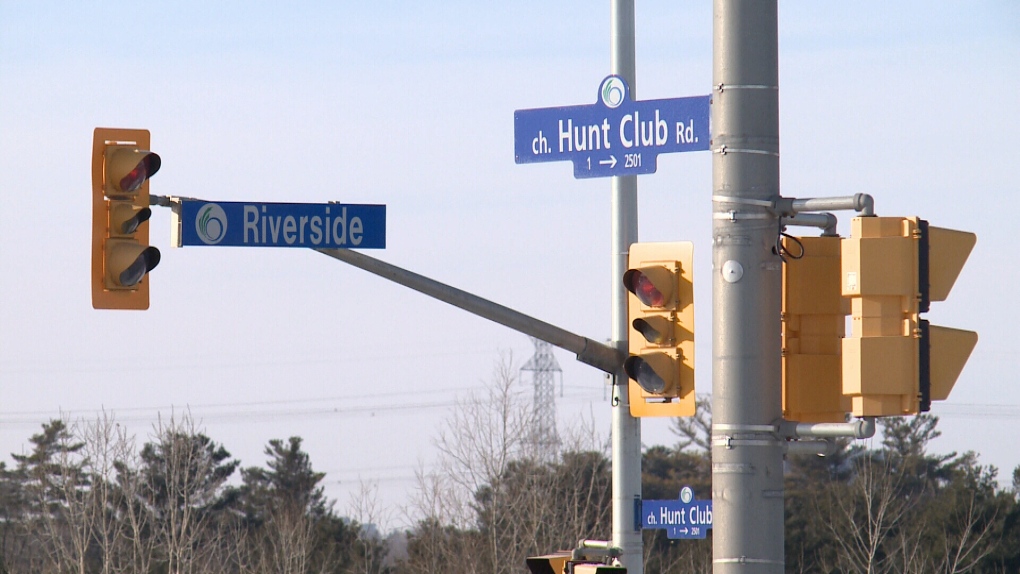 Newly released data from the City of Ottawa shows the intersection of Hunt Club Road and Riverside Drive has kept its title as the worst intersection in the city for collisions.

OTTAWA -- A familiar intersection is once again the most dangerous in Ottawa, according to new collision data from the city.

Hunt Club Road at Riverside Drive had the most crashes of any intersection in the city in 2019. There were 58 crashes there, leaving seven people injured.

The intersection has had the most collisions in the city for eight of the past 10 years, and has never slipped lower than the third-most dangerous intersection in Ottawa.

Catherine and Kent streets had the second-most collisions, with 43. Innes and Tenth Line roads, Riverside Drive and Heron Road, and Carling and Kirkwood avenues rounded out the top five.

The city usually releases annual collision data in the summer of the following year, but the 2019 data was delayed because of the COVID-19 pandemic, the city says.

The city also released a breakdown of the 135 deaths on Ottawa roads during the five-year period from 2015 to 2019.

Of those, 55 people were drivers, 31 were pedestrians and 20 were motorcyclists. Eighteen were passengers in vehicles, eight were cyclists and one was an e-cyclist. Two motorcycle passengers were also killed.

There were no fatalities at any of the top 10 intersections in 2019.

You can browse the city’s collision data on Open Data Ottawa.

Most collisions in Ottawa by intersection in 2019: