The Weight of Waiting: Living with kidney disease, clinging to hope for a second transplant, and a generous gift

The Weight of Waiting: Living with kidney disease, clinging to hope for a second transplant, and a generous gift

When June and Russ Jones are together, they smile easily and laugh often.

“June and I have been together over forty years,” said Russ.

“We hit it off right from the beginning,” smiled June.

The happily married couple is grateful for the life they’ve created and their countless blessings.

“I’ve got a fantastic husband; I have two fantastic kids who married two wonderful people from fantastic families. I have four beautiful grandchildren. Life is good,” said the 61-year-old wife, mother and grandmother.

That life, however, has not been without heartache. June is living with kidney disease.

And June’s in need of a transplant.

“So, now, I’ve been waiting nine years for a kidney,” said June, the smile now gone from her expression.

“Hopefully, one of these days. But you know what? You lose hope when you’ve been waiting so long. It’s tough,” she said, her eyes welling with emotion.

After the birth of her second child in 1989, June felt uncharacteristically run down. A doctor diagnosed her with IgA nephropathy, a disease caused by her body’s immune system attacking her kidneys.

“And that was the start of my kidney disease. I had to watch my diet, I was on medications for high blood pressure but for the next ten years, I was pretty good,” said June.

“We were even planning a move to the U.S., until I spoke with my specialist,” said June.

“That was a total shock to me. We had never even discussed dialysis before.”

“Within two years, I was on dialysis,” she said.

She still remembers coming home from her son’s hockey practice and being greeted by her daughter.

“I opened up the garage door and my daughter was there. She said ‘Mom, have you heard the news? They’ve got a kidney waiting for you.’”

“To have it come up so quickly, it was unbelievable. It was a miracle,” June said.

“On the way to the hospital I said to my husband, ‘Our life is going to change, again.’”

And indeed, their life did change.

The transplant marked the end of dialysis and the beginning of freedom for June and Russ. Long sessions on a dialysis machine were over. Travel and spontaneous outings were again possible.

“During that period, it was quite an uplifting experience for the both of us. We actually moved to California for three years,” said Russ.

“Life was great. We could travel all over the place. Oh, it was fantastic,” said June.

But in 2013, June became increasingly unwell. Her transplant was failing.

“I had been getting really sick and one day I got a call from one of the nurses at the transplant clinic. She asked that we come in.

“She told me I was losing my kidney. I asked how long I had, and she told me six weeks, max,” June recalled.

“I think I had a month, and it was gone. That was devastating. Devastating.”

Every second day, for several consecutive hours, June is on hemodialysis at home—a machine that cleans her blood while she rests or sleeps. It can be uncomfortable, restrictive, and at times, painful. She has experienced severe headaches while using it. 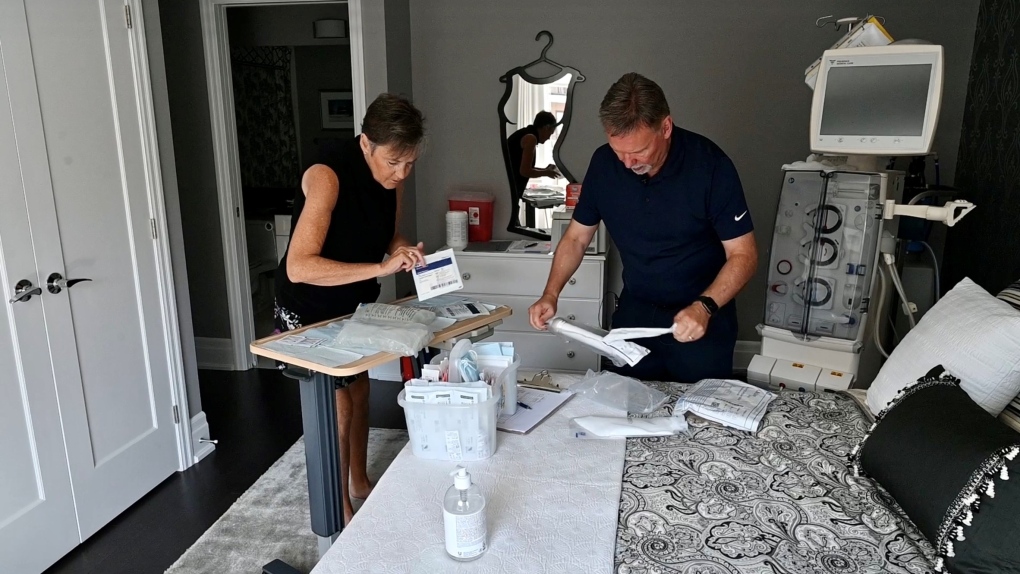 Doctors from the Ottawa Hospital have been “amazing” in helping June navigate dialysis.

“I don’t know what I would have done without them,” June said.

Dialysis is not a permanent solution, but until June receives a transplant, it is her only option.

“This is my life. I can’t do anything on the spur of the moment because I have to be home to do dialysis. It definitely makes life more challenging, but I’m still alive and today is a good day,” she said.

“I give her full credit she has a ton of grit,” he said.

“He’s absolutely amazing. Oh, my God--he’s my saviour for sure,” said June.

June is on a Canada-wide waiting list for a donor kidney and what’s called a “highly-sensitized” list, but finding a donor match is challenging.

“I’ve had two pregnancies, five blood transfusions, and a transplant. That’s put more antibodies into my system, and they fight other organs, so I’m very hard to match,” June said.

June’s immediate family members are not a match. Neither are any of her eight siblings.

“Her siblings have a different blood type, so while a number of them have wanted to donate, they have not been able to,” said Russ.

“It could happen tomorrow; it could never happen.

“It’s not the best life someone can have, but we’re trying to enjoy it as much as we can.”

Russ was the first Chief Financial Officer of Shopify before his retirement. He’s also a board member of the Ottawa Hospital Foundation. The Jones Family recently made a $10-million donation to help build the new hospital. 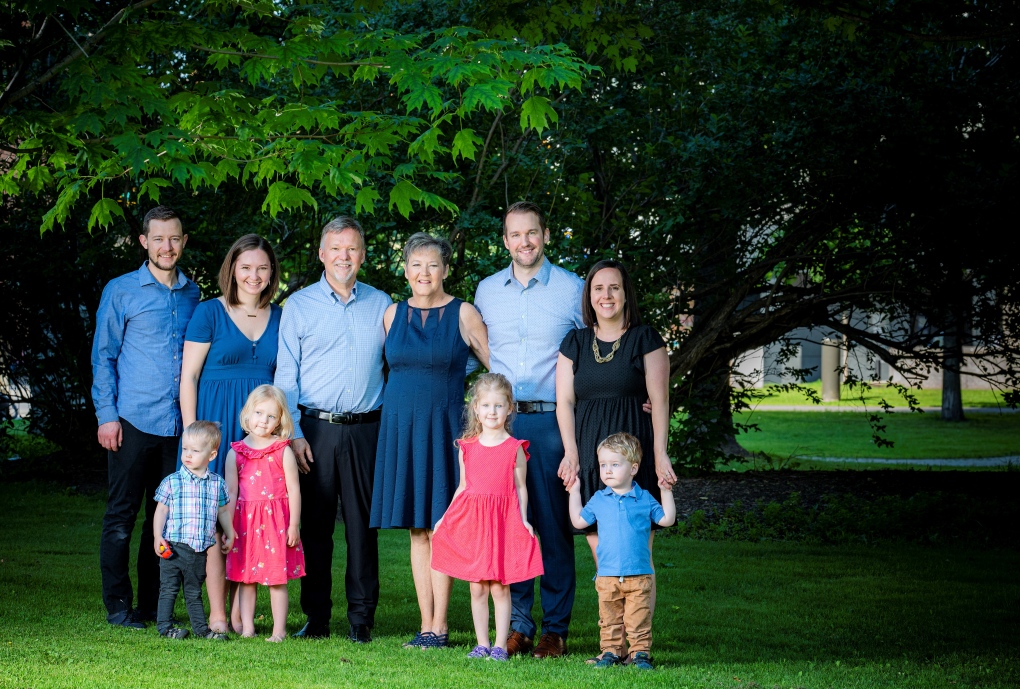 The Jones family recently donated $10 million to the Ottawa Hospital’s Campaign to Create Tomorrow. Half of that gift will support kidney research at the hospital and efforts to find a cure. (Joel Haslam/CTV News Ottawa)

“Everyone is going to be touched by a hospital at some point in their life,” he said.

Half of the Jones family’s transformative gift will support kidney research and the ongoing mission to find a cure.

“To make advancements in terms of kidney disease, but also on the clinical side, to make life better for people on dialysis,” said Russ.

“And we’re hoping that this turns into something where you don’t have to wait for someone to pass away to get an organ. Perhaps there’s a way to artificially do it or a way to do it through some other mechanisms. We have some incredible research talent and it’s very rewarding to see some of their advancements.”

“This is a once-in-a-lifetime opportunity for people to support the Ottawa Hospital,” he said.

The middle child of nine from a close-knit Ottawa Valley farm family is trying to stay strong for her loving husband, children and grandchildren.

And now, with that family, June’s fighting for the ultimate prize.

“My greatest hope today is that I get a transplant,” she said.

The “Campaign to Create Tomorrow” in support of the Ottawa Hospital has now raised $233 million of its $500 million goal. You can learn more at ohfoundation.ca