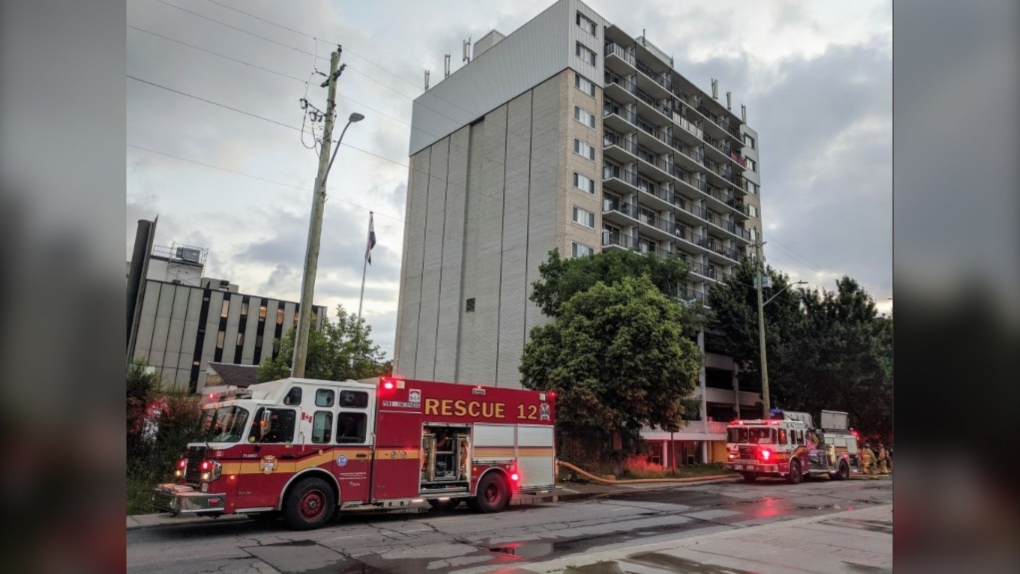 Ottawa Fire responded to a fire in the kitchen of a 12th floor apartment on McLeod Street. (Photo courtesy: Twitter/OFSFirePhoto

OTTAWA -- A woman has been displaced from her apartment after an early morning fire in Centretown.

Ottawa Fire responded to multiple 911 calls around 4:40 a.m. reporting black smoke coming from an apartment at 201 McLeod Street, near the Canadian Museum of Nature.

Firefighters made their way up to the 12th floor and discovered the fire in an apartment.

Frost adds the tenant of the unit was treated by paramedics on scene for smoke inhalation.

Ottawa Fire on scene of a Working Fire at 20 McLeod Street. The fire is under.control and has been contained to one apartment on the 12th floor of a residential highrise. Ventilation and salvage underway. No reported injuries.#ottnews #ottcity #OttFire pic.twitter.com/DDtRigsR8g