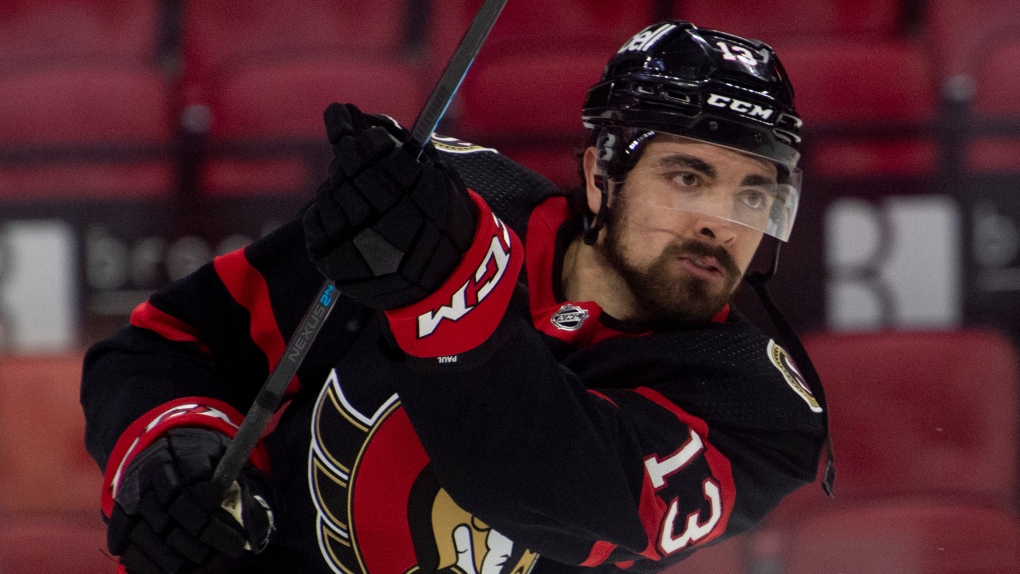 The Bill Masterton Memorial Trophy is an annual award under the trusteeship of the PHWA and is given to the NHL player who best exemplifies the qualities of perseverance, sportsmanship and dedication to hockey.

Goalie Craig Anderson received the award following the 2016-17 season, becoming the first Senator to do so. Forward Bobby Ryan was awarded the trophy for the 2019-20 season.

A press release from the team says Paul will match his NHL career high in games played (56) should he dress in the season finale against Toronto on Wednesday. The Sens say he is in need of one point to surpass his NHL career high of 20 after registering five goals and 15 assists this season.

The Ottawa chapter of the PHWA described Paul's career as "taking the long road to becoming a full-time NHLer." Paul played for his hometown Mississauga Chargers in the OJHL and the Bampton and North Bay Battalion teams in the OHL. He made his professional debut with the Binghamton Senators in the AHL in 2014 and made his NHL debut in February 2016 with the Senators, but spent a number of seasons moving between the AHL and NHL.

"When he was bouncing between the minors and the NHL, Paul spoke openly about embracing meditation techniques to keep him in a positive frame of mind," the PHWA said in a release. "After signing a two-year, one-way contract extension with the Ottawa Senators in the fall, Paul talked about the importance of positive thinking during his arduous journey to the NHL.

"His combination of perseverance and positivity make Nick Paul the perfect candidate for the 2020-21 Bill Masterton Memorial Trophy."

Every team in the NHL has nominated a player for the trophy. The list will be narrowed to three finalists before the winner is named.