ELIZABETHTOWN-KITLEY, ONT. -- An historic lighthouse near Brockville, Ont. that was struck by lightning and destroyed in 2018 has risen from the ashes.

The lighthouse, known as Five Mile Light, was a fixture on the St. Lawrence Seaway for 162 years before a lightning storm set it ablaze.

On Tuesday, the Five Mile Light rebuild project unveiled their nearly completed replica, which sits in the same spot on the shores of the St. Lawrence River, just west of Brockville.

Mike Milne has spent the past 58 summers in this area. He has memories of the Five Mile Light, which sat near the dock of his family’s property. 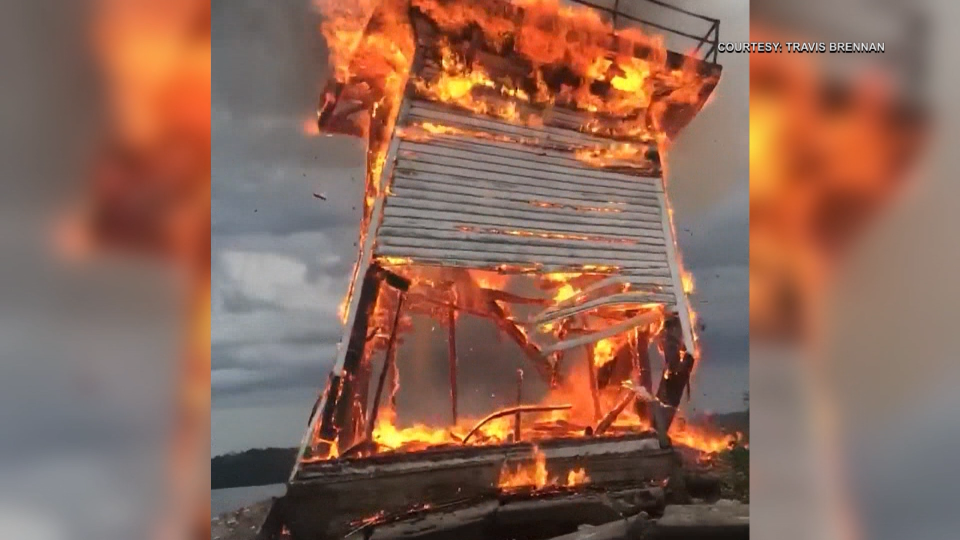 “It got very windy, torrential rain that lasted maybe five minutes and it was over. Then one bolt of lightning and an incredible clap of thunder,” explains Milne.

He says there was nothing anyone on the shores could do as they watched the beloved local icon go up in flames, even the local fire department couldn’t get to it, as they didn’t have a proper boat at the time.

“We just kind of stood here, really kind of helpless, and there were tears,” he says. “There were a lot of tears for the local people who had been here for a long time.”

Immediately, residents sprang into action, creating a fundraising page for a new one to be built, two days later a volunteer committee was formed.

Now, just over two years on, the replica is finished, with volunteers raising more than $200,000 for its completion and future maintenance. 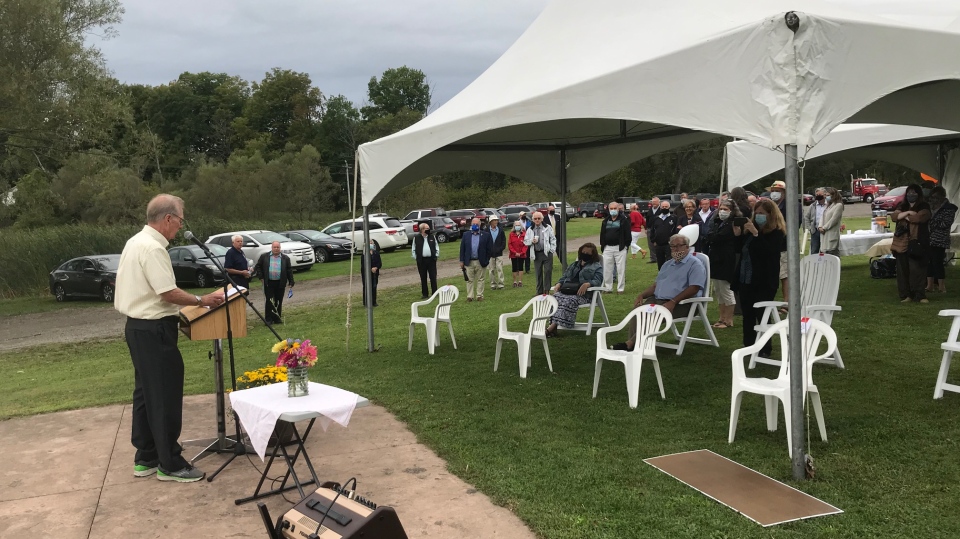 “It was all knocking on doors, making phone calls, and people who cared about this river landmark—an icon—dug in deep into their pockets to help us,” he explains.

Built in the mid-1800s it was the last of nine small lighthouses built by the British and was the oldest wooden lighthouse of its era.

Runciman says that while it was important for the committee to keep the historical accuracy of the original Five Mile Light intact, a number of updates have been made, including lightning protection and raising the foundation just over two feet, to protect it against future flooding.

“Donors and lighthouse lovers everywhere can feel quite confident that this is a pretty safe and secure lighthouse going forward,” he explains.

The committee also added a non-functional replica of a small dome at the top called a cupola that used to house the lantern that would guide boats on the river.

Runciman says that the original had lost its cupula decades ago.

“In that sense, I think it was more historically accurate than the one that was destroyed,” he laughs.

Residents Sue Hudson and Helen Hudson of Burnbrae Farms, jumped at the chance to make a large contribution to the cause.

They grew up with the lighthouse just outside their family property.

“The lighthouse was a part of our childhood; it was a place we’d canoe out to. It was a destination,” explains Sue Hudson.

She says they’re excited to see it once again guide them home the next time they're out on their boat.

“It really warms our heart to see that. To see the lighthouse there.”

“We’ll get in the kayak and shoot on out there to cruise around it,” she says, “and be very happy it’s back.”

Now that it is built, Elizabethtown-Kitley Township will oversee the lighthouse. The committee hopes to raise further funds to help with any future maintenance.