Their farm is mangled.

Yet, the Winfield family of Carlsbad Springs, in Ottawa’s east end, is counting its blessings.

Tears are understandably close to the surface after their equestrian centre, The Brookson Riding Academy, was left a crumpled mess in Saturday’s storm. 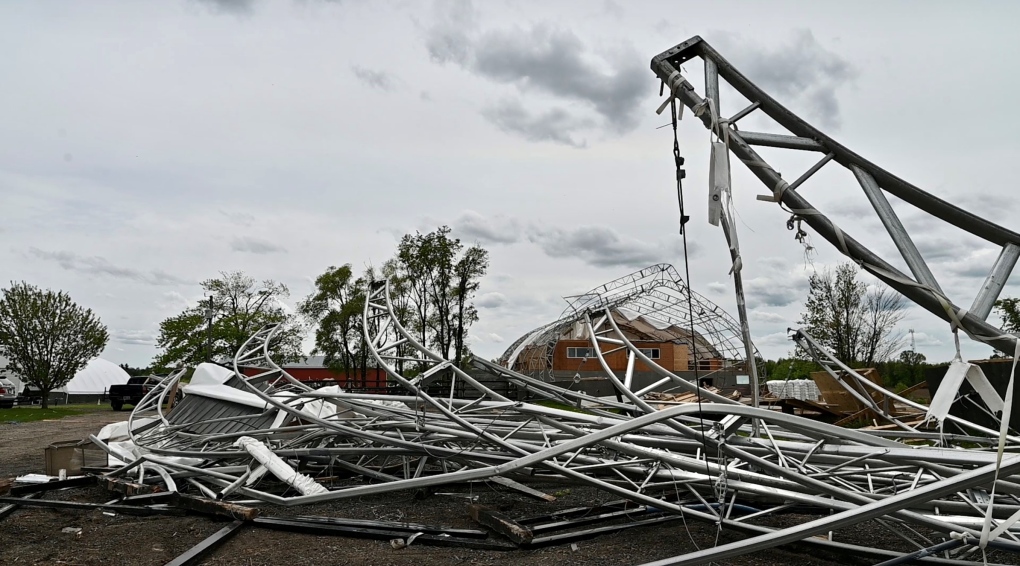 The mangled metal that was a riding arena at Brookson Riding Academy in Carlsbad Springs.(Joel Haslam/CTV News Ottawa)

The roof of the riding arena landed on the home on the property.

Greg and Sue Winfield emotionally recount what happened and what could have been.

They live in that bungalow next to the barn. They help their son, Scott, and daughter-in-law, Nancy, run their riding academy.

“I just saw two things--their dream kind of disappear and also, in the immediate, was I knew all the kids were in there,” Greg Winfield said with tears streaming down his face, pointing to the barn he couldn’t get to when the wreckage blocked his doors.

Their granddaughter was one of those riders.

Miraculously not one of the 31 horses or 15 people was injured.

Everyone there is convinced a renovation in January saved lives.

Just months ago, a strong ceiling was built in the stable. Prior to that, the stalls were open to the arena.

Wreckage litters the property—trees crushing fences, debris everywhere, a lot of that debris flew onto the car and the house.

“I was so afraid I thought I was going to die,” says Sue Winfield.

She heard a loud noise overhead.

“It was actually one of the big construction beams coming through the roof. If it had not been caught in the trusses it would’ve come down where we were standing in the kitchen,” she says, so aware of how fortunate she and her husband were.

This close-knit, warm family is processing this trauma and being so practical, working to make plans to rebuild for the many people who treasure the property.

Nancy and Scott Winfield were high school sweethearts who bought the property back in 2007. Nancy has been riding since she was quite young. 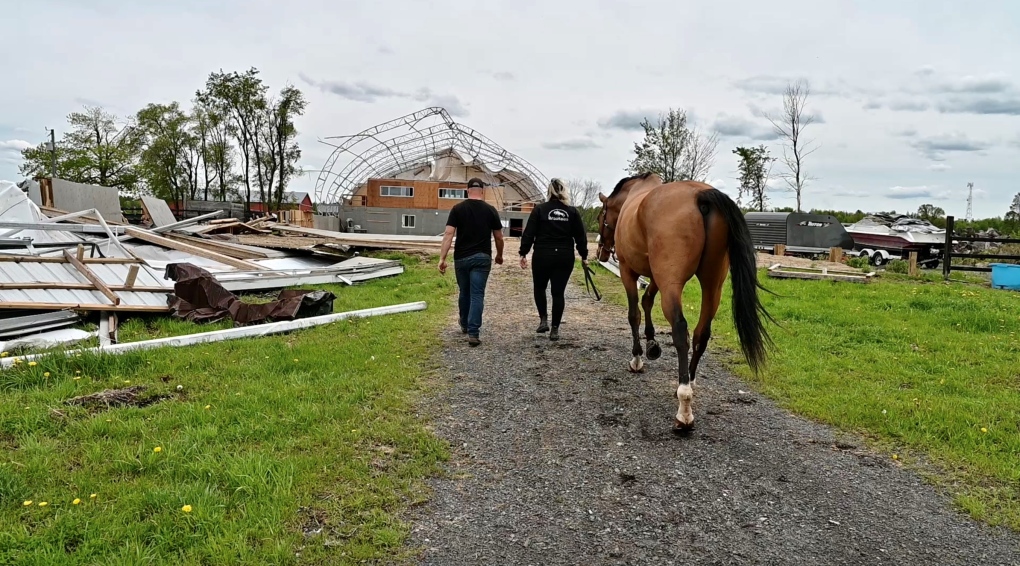 Nancy and Scott Winfield take a horse back to the paddock while surveying the storm damage on their Carlsbad Springs property. (Joel Haslam/CTV News Ottawa)

As the years rolled by their operation grew from a place for Nancy to enjoy her horses, to a large riding academy with students of all ages and competitive riders too.

Gabrielle Charron is one of those riders.

Charron works at CHEO and she says this farm kept her going through the pandemic. She says all of the riders feel that way.

“This place is just everyone’s heaven. I’ve heard a lot from different parents kids loving coming here. It is their special place where they get to be on a horse and everything else doesn’t matter once you’re on a horse.”

“The staff that were working were truly incredible--saving all those kids and keeping all the animals safe.”

And now Charron is determined to save the farm. So many expenses will not be covered by insurance--fencing, clean-up, lost revenue due to lost riding lessons. So, Charron has set up a GoFundMe page.

To add to the crushing financial challenges at Brookson, Scott Winfield will not be able to plant his crop of soybeans, a loss of between $70,000 and $80,000.

“Lost fencing, you can’t plant around all that stuff. There’s too many things. It’s going to take me days to just go around and figure out what I have to cut down and clear out of the way,” explains Scott Winfield.

The priority for Nancy and Scott is to take care of their staff. They have twelve employees, but it seems, at Brookson Farm, everyone is more like family. 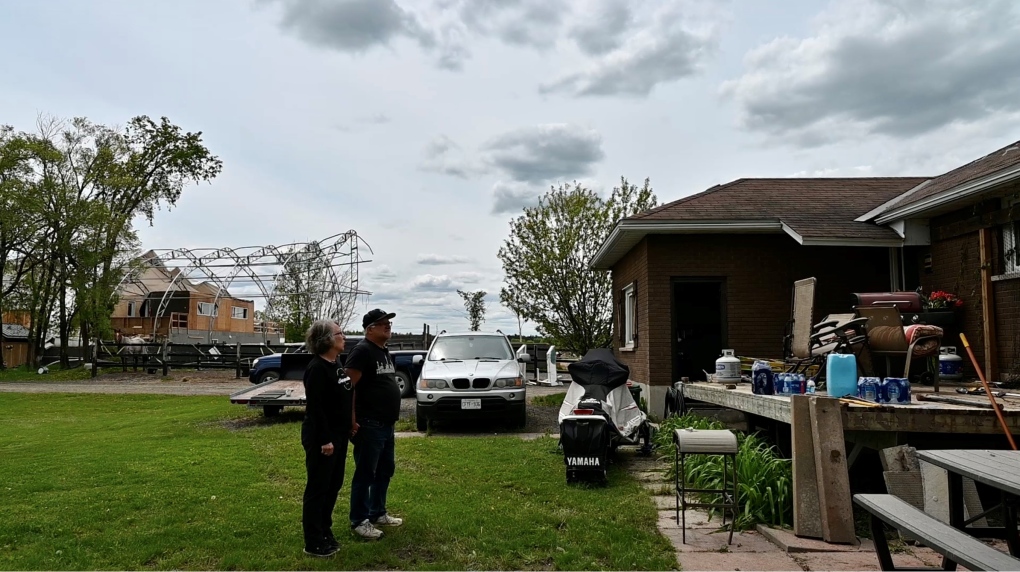 Greg and Sue Winfield assess the damage to their house after the roof of their riding arena landed on their home. (Joel Haslam/CTV News Ottawa)

“I have no words. I’m trying to put a brave face on for everybody,” says Nancy Winfield.

“There are a lot of people looking to us for leadership. We are doing the best we can, but it’s certainly not easy.”