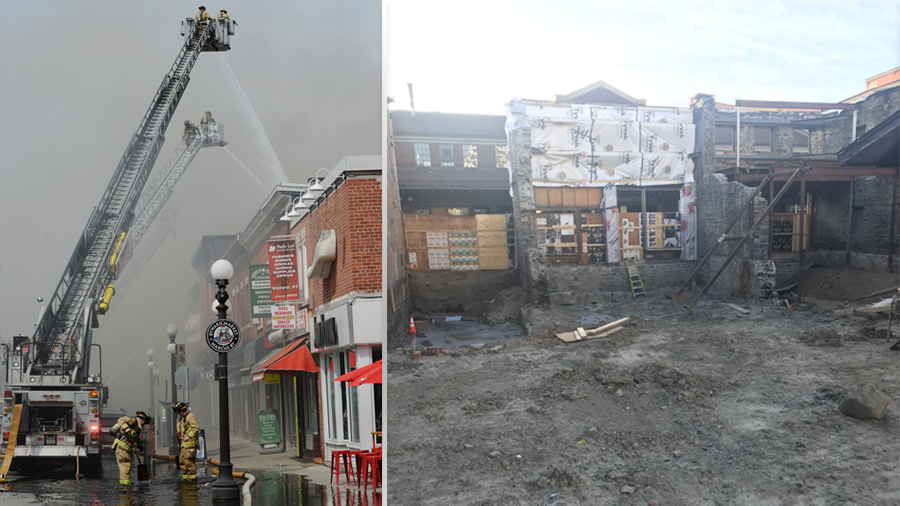 The property at former Vittoria Trattoria in Ottawa's ByWard Market sits vacant in December after the building was destroyed by fire April 12, 2019. Co-owner Domenic Santaguida will appear before the city's Committee of Adjustment to get approval to rebuild bigger and higher.

OTTAWA -- The next step in rebuilding Vittoria Trattoria in the ByWard Market will be determined today when a city committee hears an application from co-owner Domenic Santaguida about plans for a new mixed-used development.

Santaguida will appear before the Committee of Adjustment to get approval to rebuild bigger and higher.

The Commitee of Adjustment notice reads:

Vittoria Trattoria was destroyed by a massive fire last April. Several businesses along William Street also suffered damage and were forced to close.

The facade of the historic building has been saved.

'We are proposing an extension to the back and proposing that we go up another two floors and hopefully there will be residential dwellings, beautiful apartments, overlooking the ByWard Market, Santaguida recently told CTV Ottawa.

Upon approval, Santaguida hopes to reopen in December 2020 or early in 2021.