'You won't see this in the city': police keep watch over escaped cows in Russell, Ont. 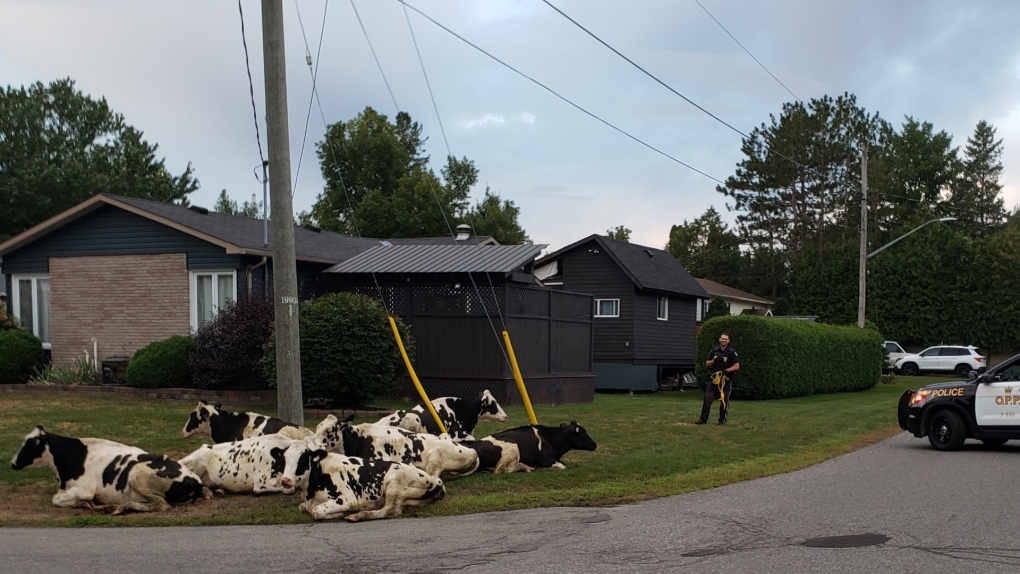 OPP say several cows who escaped from an eastern Ontario farm decided to take a break at a home in Russell, Ont. before their farmer was able to round them up. (Photo by OPP East Region / Twitter)

OTTAWA -- Ontario Provincial Police dealt with a traffic hazard Wednesday morning that you won't see on the Queensway.

In a Tweet, OPP said some cows had run away from home in the Russell area.

Fortunately, they decided to rest on someone's front lawn, giving officers the chance to keep them safe until the farmer came to get them.

An early morning traffic hazard you won't see in the city! These #cows ran away from home, but decided to take a rest in a residential area in the Village of Russell this morning. Officers kept an eye on them until the farmer could come and round them up. #animal #ottnews ^bd pic.twitter.com/hLMhGm7iN7