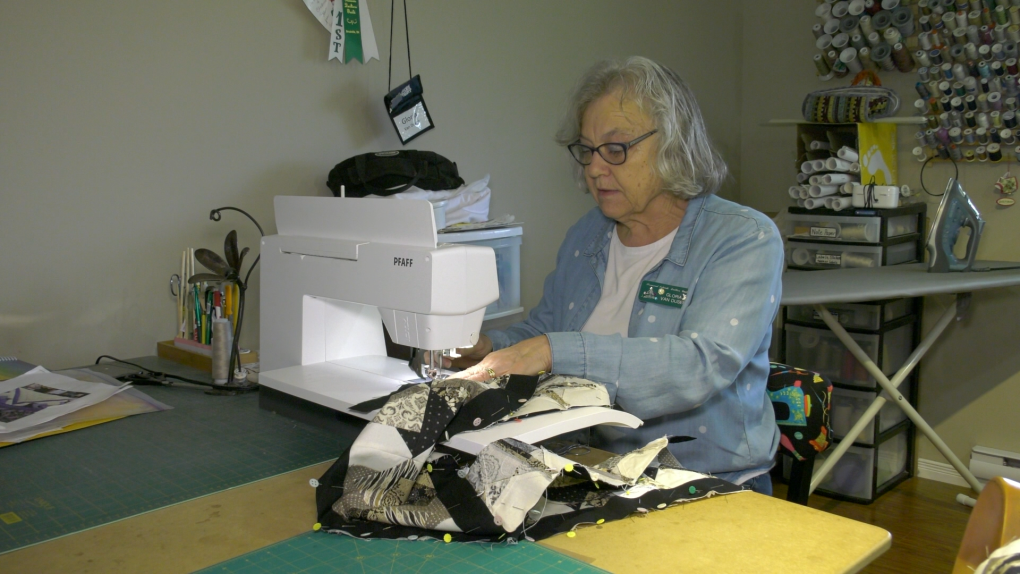 BROCKVILLE, ONT. -- When you think of quilting, an older demographic might come to mind.

However, younger people are getting into the hobby and some quilting stores have seen a surge in demand for products.

"I've learned a lot," said Gloria VanDusen, a quilter since 1987. "I know some amazing wonderful people and it's just fun to be surrounded by people that share your love of quilting."

President of the 1000 Islands Quilters Guild, which has around 110 members, VanDusen says it's a great hobby that can be done in the comfort of your own home.

"My kids were little when I started and it was my release once they went to bed. I started out on the kitchen table!"

While she noted that the average age of guild members is in the mid-sixties, quite a few young people have joined recently, and the ongoing pandemic has opened the door for people looking to let out their creative juices.

"The best part of that, when you were having a meeting, is the younger people learn from the seniors," VanDusen said.

The guild now gets together over zoom calls instead of in-person, which has also made it easier to connect with other quilters around the world.

"Technology has been amazing; our program committee is doing a wonderful job. We've have speakers from out west, Alberta, Australia, Montreal," VanDusen said. "You don't have the cost of them driving here, putting them up in a hotel and it's been great."

She's also been helping younger members new to the hobby, getting them started with used sewing machines.

"We went on Kijiji, got them good quality machines to see if they liked it," VanDusen said.

At Taylor Sewing Centre in Brockville, owner Paige Dickey says sewing machine sales are up 80 per cent, compared to a normal year.

"Typically we would probably have about 20 sewing machines on our wall," Dickey said. "There was one point during the pandemic where we had literally no machines." 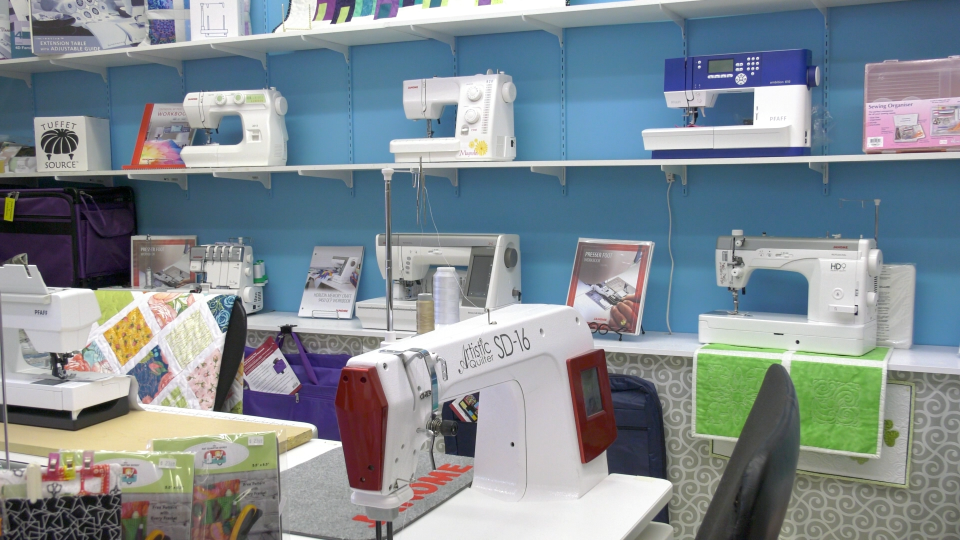 Dickey says people who ordered machines last fall are still waiting for them to arrive.

"There are a lot of young people coming in. They are working and they are just interested in doing something creative," said Dickey.

While fall and winter are normally the busiest times for quilting, many people are at home now looking for something to do, including busy mother of three, Dana Allen, who just started quilting last year.

"I already had a machine which was nice," Allen said. "I just have a basic machine so I won't be able to do the actual quilting on it but for piecing it's perfect. And I've slowly been picking up the other tools that I need."

She's spread the word to others to try it, getting her daycare provider into the quilting world.

"I wasn't sewing for a long time and then getting into this has really sparked my creativity again," said Allen.

"If somebody just wants to get into sewing, your entry level machine is approximately around $200," said Dickey. "If you are an experienced sewer and want to get into quilting, the next machine up would be roughly around $700 to $800.

"Once you have all the tools and accessories that you need for quilting, it's just a matter of maybe taking some classes, buying some fabric and really just immersing yourself into the art of quilting."

"(It is) definitely a creative outlet," Allen said, "and the sense of community—it's really nice to know that there's people that I can just go to and ask questions and escape from just home life and things like that."

Just like any other hobby, it can expand into larger machines, so be prepared to grow with it.

VanDusen has a long arm quilting machine to finish quilts, which takes up quite a bit of her sewing room. 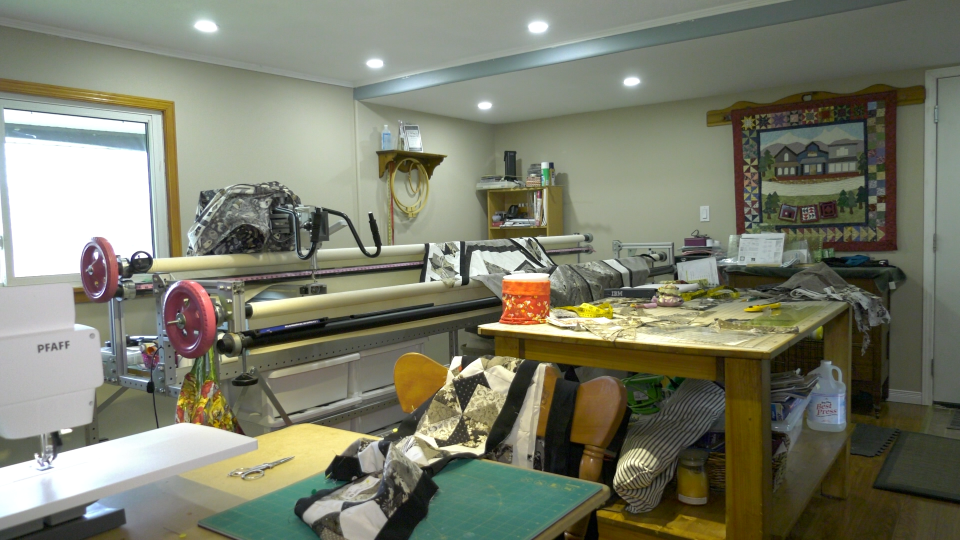 "This is what I use to put the three-layer together when I get to that stage," said VanDusen. "I just love it. It's a lot easier than hand quilting and it does a great job."

VanDusen say she is just happy to turn her creative ideas into lasting memories, and help people along the way.

"If anybody's not sure of what their passion might be and they are looking for something to do with their hands and they don't knit or crochet, quilting can be stressful, but it's a stress relief when you see that finished project," VanDusen said.