OTTAWA -- The quick response of bystanders at a local baseball field helped save a man’s life and a public access defibrillator made all the difference.

Ottawa paramedics say a man in his 40s collapsed in front of his teammates as they were playing baseball at Brewer Park, near Carleton University, Friday night. One of his teammates is a nurse, who recognized that he was in cardiac arrest. 911 was called and then, after preforming CPR, she used a defibrillator from the Brewer Arena and the man started breathing on his own.

When paramedics arrived, he was speaking in full sentences. He was assessed and taken to hospital in critical but stable condition. 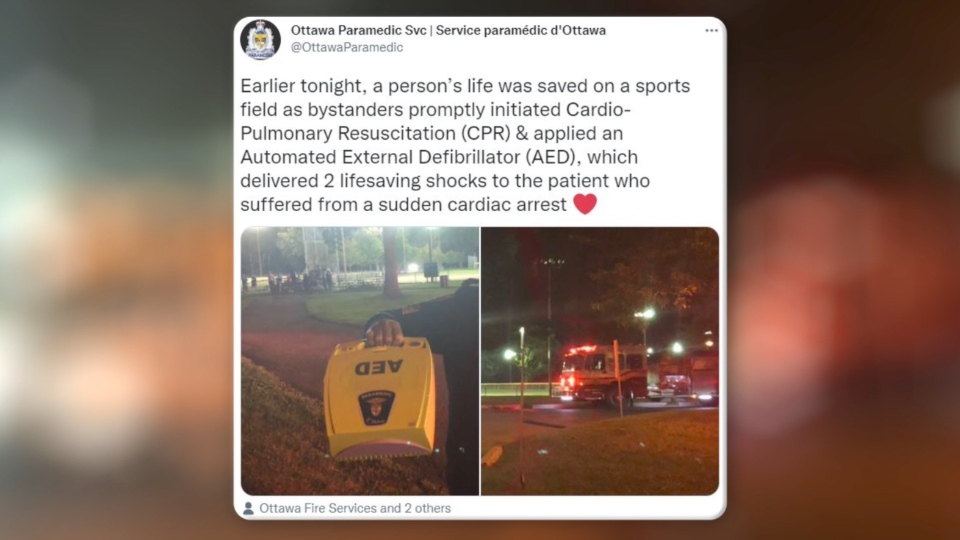 Michelle Farragher of the Ottawa Paramedic Service says sudden cardiac arrest happens to people who are relatively healthy but can have an underlying cardiac rhythm that’s gone undetected.

“This happens frequently enough that the city of Ottawa has invested in over 1,000 defibrillators throughout the city,” Farragher said. “We have theses defibrillators in all of the arenas, libraries and public spaces.”

Farragher says the operation of the defibrillator is simple; you just follow the instructions and let the device guide you.

“As you open the defibrillator and turn it on, it will then walk you through the process.” 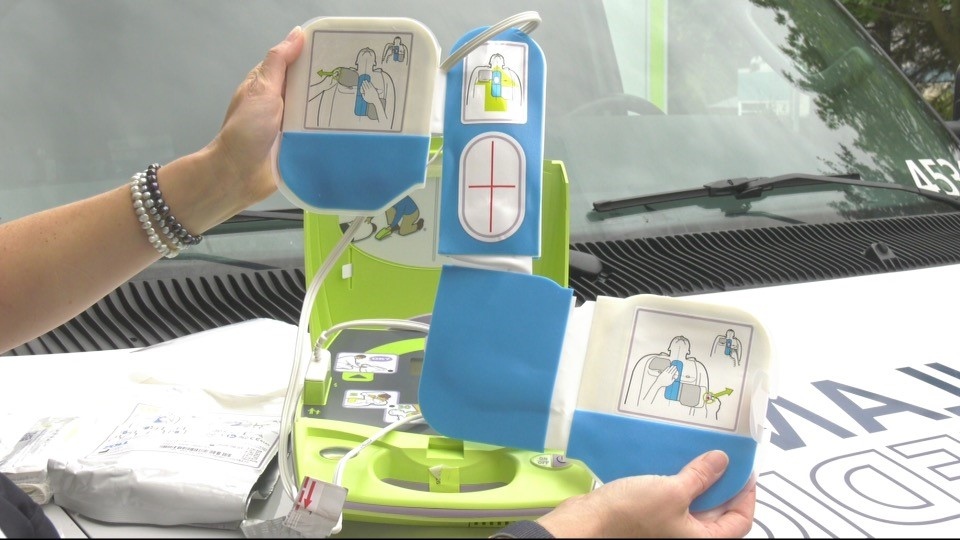 The Ottawa Paramedic Public Access Defibrillation (PPAD) Program has helped save 141 lives since it was started in 2001.

Katie Hillier, a registered nurse at the Ottawa Hospital, says she was the nurse who used the defibrillator.

She told CTV News Ottawa by phone on Sunday afternoon that it was a double-header of baseball that night when her teammate, whom she called Scott, said he wasn't feeling well.

"He was looking pale and sweaty. I thought at first that his blood sugar was low, but he said he had eaten," Hillier recalled. "It happened really fast. He went limp. I was looking in his eyes and his pupils were dilated."

Hillier said, with the help of some of her teammates, they lowered Scott to the ground while someone else called 911. She began chest compressions while another nurse on the team named Alison provided breath.

"He had a pulse and he was still breathing but he was gasping and starting to turn blue. We knew that even with COVID, he needed the air so we kept it to one of us," she said.

CPR went on for about two minutes before someone arrived with the defibrillator from the Brewer Arena.

"They happened to know there was a defibrillator there. A security guard had to let them in to get it," Hillier said.

Hillier moved to Ottawa from Elliott Lake, where she said she had experience with defibrillators and cardiac arrest patients, so she knew exactly what to do.

"It talks you through it in layman's terms but I didn't wait; I ripped the pads off, put it on, and pressed go," she said. "The adrenaline was pumping for awhile there, but it's kind of another day in my life. It's a muscle memory," she said.

It told her to deliver a shock, so she did. It also said whether or not the chest compressions needed to be harder. The CPR continued until the paramedics arrived. By that time, Scott was coming to and was able to respond to questions.

Hillier said he is recovering in the ICU and is doing well. She credits the defibrillator with saving his life.

"He messaged me to say, 'Without you, I wouldn’t have time with my kids in the future,'" she said.

Hillier said she is fortunate to have had experience as a nurse prior to this event, but added that the public access defibrillators do walk you through the process.

She is encouraging everyone to learn CPR and basic first aid.

"Make sure you know what to do. Be familiar with CPR and basic first aid and educate yourself on basic lifesaving."