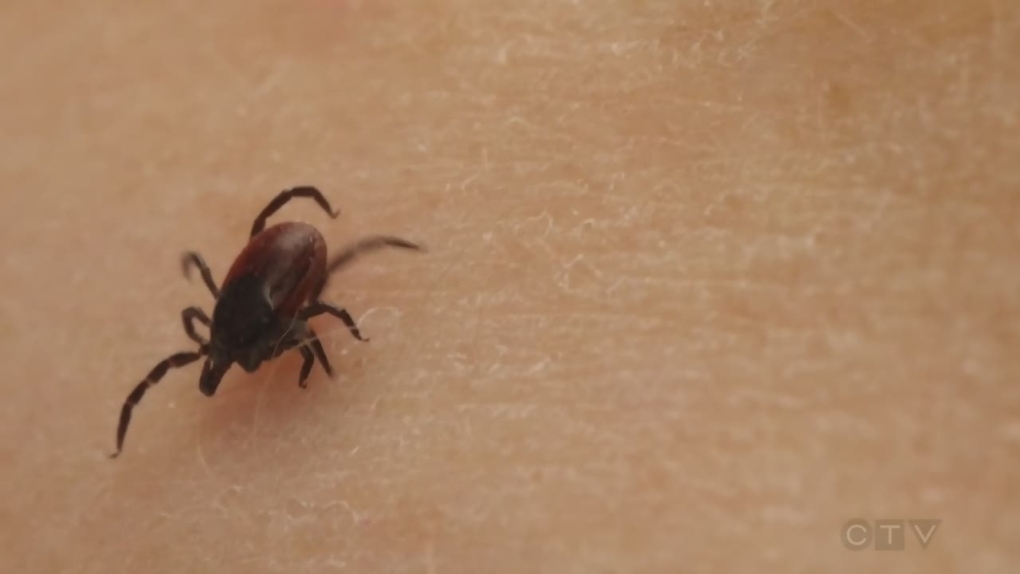 A Queen's University Master's candidate is looking for submissions to a study that aims to better understand ticks and Lyme disease.

KINGSTON -- When Central Frontenac Councillor Brent Cameron started to have flu-like symptoms, he really didn’t think anything of it. It was only weeks later when welts started to show on his body that he went to the emergency room.

“I started developing rashes, they were large legions, they were these raised welts,” he says.

Cameron, who also works in communications at Queen’s University, said he hadn’t seen a tick on his body and the rashes didn’t look like a ‘bullseye,’ so doctors said to simply keep an eye on it.

He recalls sitting in the hospital that day in 2015, listening to the health official warn another patient about ticks and Lyme.

“It seemed a little surreal that it, because it ended up being diagnosed as Lyme disease two or three days later by my family doctor,” he says. “That I would go from where I would listen to someone being cautioned about the disease and then having had it, being sent on my way without a prescription for anything.”

“There are many people who have been bitten by ticks and who feel that their stories have not been listened to,” she says.

The Master’s candidate is conducting a study to better understand the disease.

“This is an opportunity to bridge that gap and to figure out how we can help the care of tick-borne disease patients.”

Kingston Frontenac, Lennox and Addington’s Public Health’s Chief Medical Officer Dr. Kieran Moore says Eastern Ontario is a hot spot for the ticks that can carry Lyme and other bacteria.

Kingston health officials diagnosed more than 280 cases of Lyme in 2019. In Ottawa, a 2018 study by the University of Ottawa showed one in three ticks tested positive for Lyme.

“It is an ever-expanding increase in the presence of ticks all the way to the Ottawa River, and if you go across to upstate New York they’re a very high-risk area as well,” Moore said.

And while he says health officials are starting to recognize it more, the symptoms can be similar to other viruses like the influenza and even COVID-19, so it remains difficult to spot.

Norris-Roozmon says she wants to change that.

Residents who have been bitten by ticks can fill out an anonymous survey, which will help track patterns in reported symptoms, from non-existent, to mild and severe, and how long it took for symptoms to emerge.

“Who’s getting bit, to what extent, in which locations,” she explains. “And in the future it may be able to change the health outcomes for people bitten by ticks.”

Cameron says he feels this research could help patients like him in the future.

“It’s not enough for us to warn people about Lyme disease. We have to deal proactively.”

For more information about the survey, contact Emilie Norris-Roozmon at 14enr2@queensu.ca.