KINGSTON, ONT. -- Students at Queen’s University now have a new way to get tested for COVID-19. A new satellite testing centre has opened its doors on campus.

The new location is open to students who are experiencing symptoms and are looking to be tested, or who have traveled out of the country in the last 14 days.

“We know that assessment and testing is very important for early management and contact tracing,” explains Green.

Numbers remain low in Kingston, with only five active cases as of Tuesday, according to Kingston, Frontenac, Lennox and Addington Health officials.

However, David Pichora, of Kingston Health Science Centre, says the centre targets students aged 20 to 29 who have been the highest affected population in recent weeks.

“Fortunately they’re pretty healthy, as a group, although there’s bound to be medical risks,” explains Pichora. “We’re trying to prevent the spread into the broader community, especially back into long-term care and the more frail medical population.” 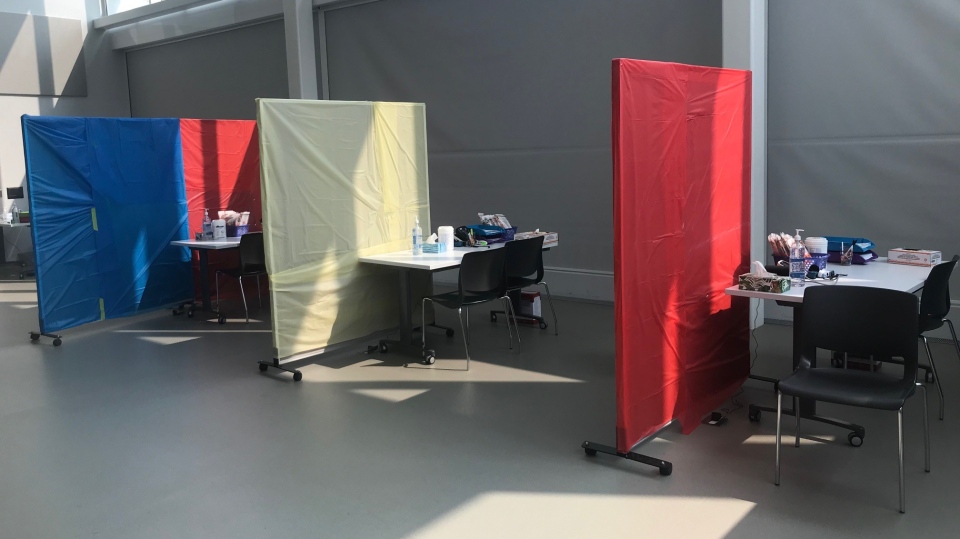 Green says this is part of the university's overall plan to manage COVID-19 spread.

“Providing this satellite facility will also ease demand in the broader community,” he says, of further risks.

The new centre opens following weeks of reports of some students gathering in large numbers.

Police say they have upped their presence in the Queen’s University district due to noise complaints.

Kingston police Sgt. Steve Koopman confirmed to CTV News Ottawa that on Friday at 1 a.m., police were called to a party that broke the provincial rule of having no more than 50 people indoors.

A 19-year-old male Queen’s student was issued a ticket under the Regional Ontario Act for $880.

“I can’t stress any more the importance of making certain that one only stays only within the social circle of ten,” he says.

To visit the assessment centre, which is open nightly Monday to Friday between 5 p.m. and 8 p.m., students must first make an appointment by calling Student Wellness Services at 613-533-2506.