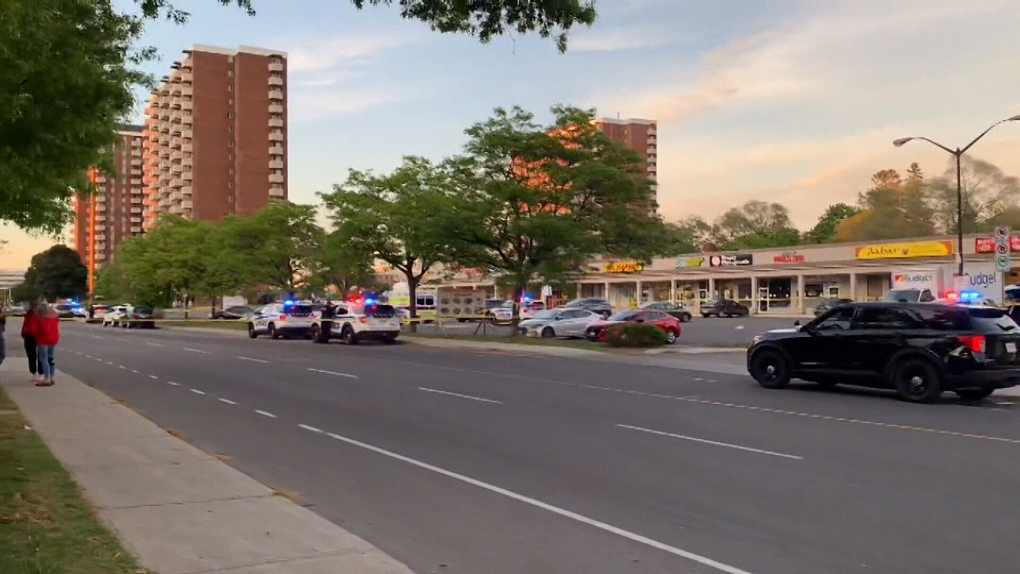 Three men were shot in the parking lot in the Alta Vista Shopping Centre on Alta Vita Drive at 6:40 p.m.

Brothers Abdulaziz Abdullah, 34, and Mohamad Abdullah, 27, of Ottawa were killed in the shooting.  A third man was treated for non-life-threatening injuries, and was listed in stable condition in hospital on Saturday.

On Sunday, police announced Canada-wide warrants had been issued for three individuals responsible for the May 28 murders of the Abdullah brothers and for the attempted murder of a third man.

On Saturday, investigators were looking into a vehicle parked at the Sarsaparilla Trail on Old Richmond Road, near Hunt Club Road. An officer told CTV News Ottawa investigators believed the vehicle was connected to the shooting.

On Wednesday, 22-year-old Abdulqadir Yusuf was found dead inside a vehicle in the 1400 block of Palmerston Drive in the Gloucester neighbourhood.  Police believe he died of a gunshot wound.

On Sunday, Warsama Youssouf, 27, of Ottawa was found with gunshot wounds in a parking lot near the intersection of Cyrville Road and Meadowbrook Road. He was pronounced dead in hospital.