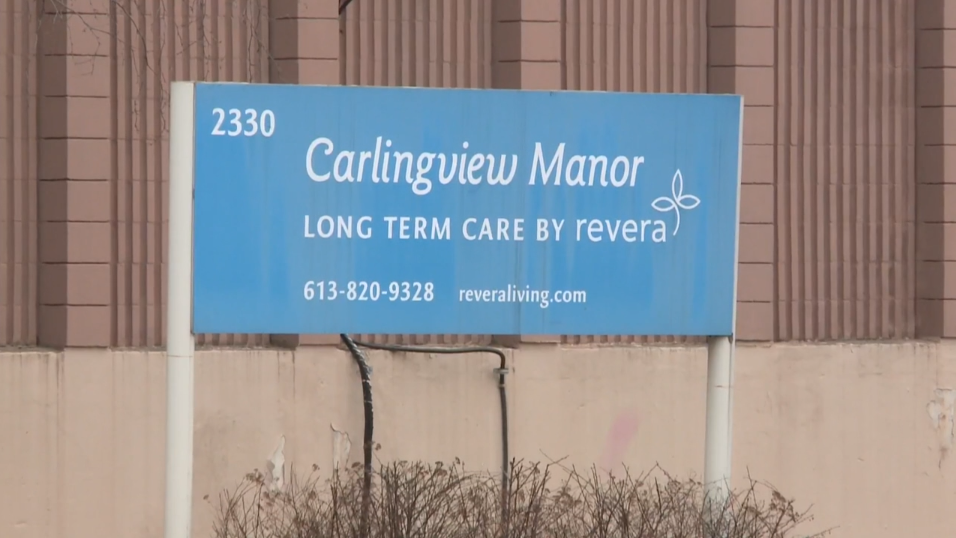 OTTAWA -- The company that owns the Carlingview Manor long-term care home in Ottawa says a facility-wide COVID-19 test has revealed a significant number of positive cases.

In a message to family members of residents, obtained by CTV News, Revera says a recent mass swabbing revealed 119 residents and 48 staff have tested positive for COVID-19.

These numbers differ from what Ottawa Public Health reported in its most recent report on institutional outbreaks.

The data OPH reports comes from Ontario's integrated Public Health Information System (iPHIS) and can sometimes differ from what private companies like Revera are reporting.

Revera says 18 residents on the second floor of Carlingview Manor, zero on the third floor, seven on the fourth floor, 29 on the fifth floor, 28 on the sixth floor, 22 on the seventh floor, and 15 on the eighth floor have tested positive.