The Terry Fox statue across from Parliament Hill will need to be moved to make way for a new building complex to house offices for MPs and senators.

The new central building, which is rectangular with a nod to neoclassical design, has distinctive copper window facades, a reference to the copper roofs on existing parliamentary buildings. 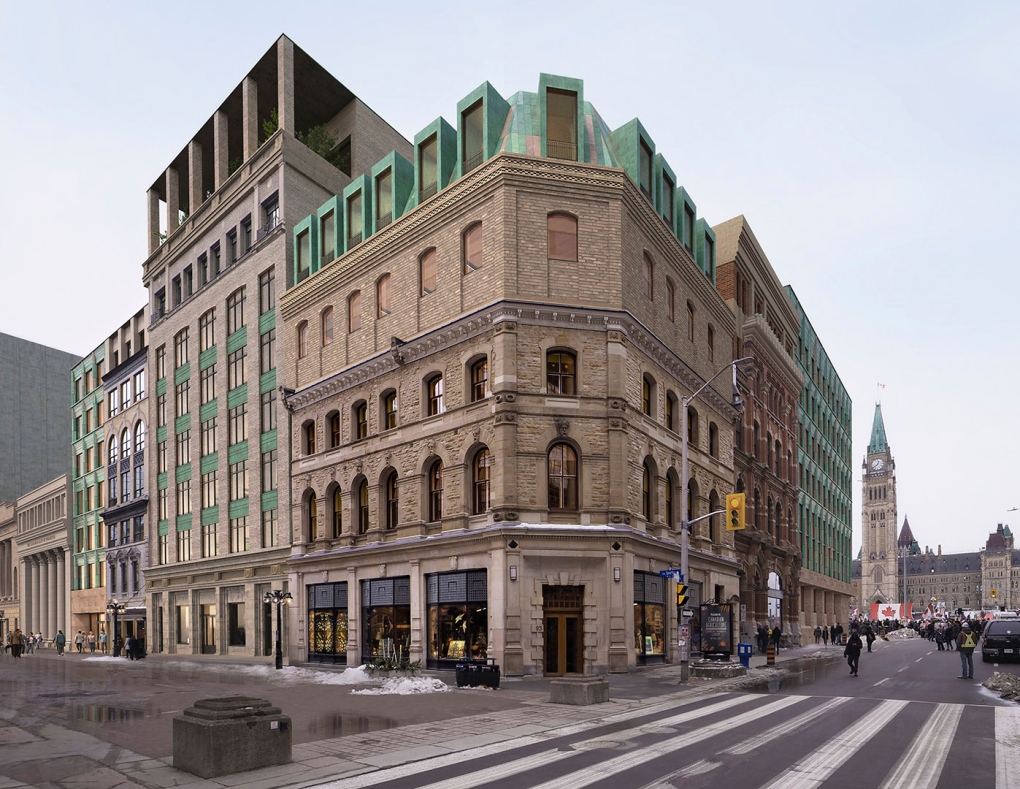 The design from Zeidler Architecture Inc. in association with David Chipperfield Architects.

The parliamentary complex will encompass 11 buildings and will cost an estimated $430 million and will include 150 offices.

But construction will not start on Block 2 for 18 months to two years.

Announcing the winning design, Public Services and Procurement Minister Filomena Tassi, said the redevelopment will "transform this mix of aging buildings into modern, inclusive, sustainable, secure and accessible accommodations for the Parliament of Canada.

"I truly hope that all Canadians will be able to visit and experience the chosen design, for years to come."

Two of the 11 buildings in Block 2, and an infill space between, will be developed into an Indigenous Peoples' Space.

Its completion will turn the area facing the Hill into "Parliament Square."

Toronto firm Zeidler Architecture and David Chipperfield Architects of Britain won the competition to develop the space. Their design team included both Indigenous and heritage consultants.

Richard Marks, a director of David Chipperfield Architects, said the design was similar to that of Portcullis House, a relatively new Parliamentary building in London, England, which also has a distinctive light-filled atrium.

Portcullis House, like the central Block 2 building, features offices overlooking the atrium and distinctive window frames, which are black rather than the green copper frames envisaged for Block 2.

Fox became a national hero after he ran across Canada to raise money for cancer research after his leg had to be amputated because of cancer.

Fox's family will be consulted about an appropriate position for his statue, which will be in another prominent position in Canada's capital.

This report by The Canadian Press was first published May 16, 2022.