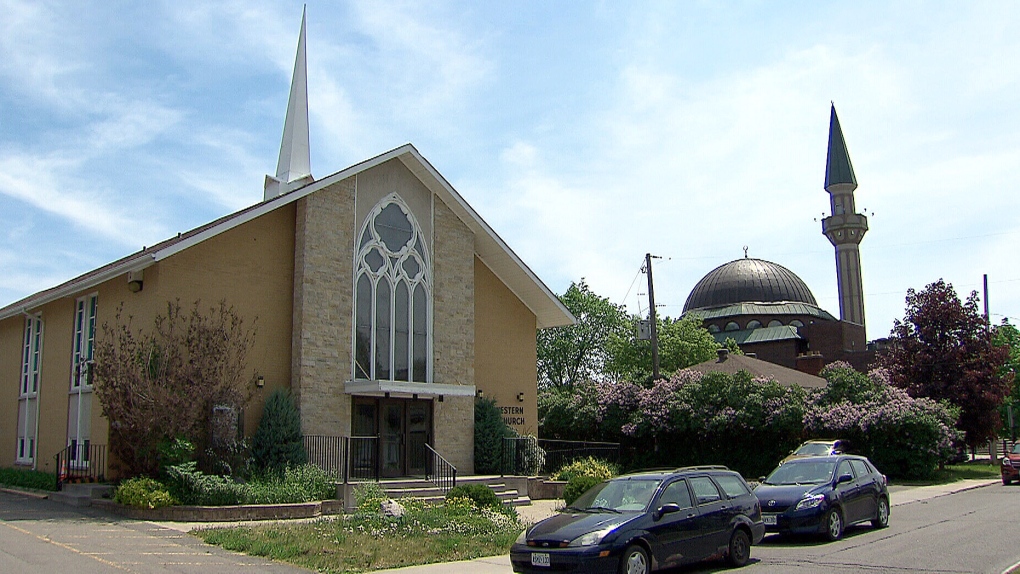 The Ottawa Mosque, right, and the former Northwestern United Church, purchased by the Ottawa Muslim Association in 2016.

A federal program that helps non-profits and other community organizations at risk of hate-based crime has pitched in $46,000 to improve security at the Ottawa Mosque on Northwestern Avenue.

“There is no place in our society for attacks that target groups simply because of their faith,” McKenna said in a government statement. “Our government will continue to stand against discrimination. We have a collective responsibility to stand against prejudice in all its forms, and to never allow intolerance and hate to take root in our communities.”

OMA President Naeem Malik said in a statement, “The Ottawa Muslim Association and the Ottawa mosque have been the target of several hate crimes in the last year. These crimes showed us all as Canadians the importance of working together to protect our common values and the freedom that we all enjoy. The funds received from Government of Canada will help the Association increase security around its properties, which protect worshipers and visitors to the mosque and provide a safe environment to offer prayers and perform religious practice.”

The mosque was the target of racist graffiti last November . In April of this year, windows at the mosque were smashed .

Groups can apply for funding during two windows of time per year (December 1 to January 31, and June 1 to July 31) to help pay for things like security cameras and systems, fences and lighting, or even anti-graffiti sealant for the walls. The government will fund up to 50% of the applicant’s cost to a maximum of $100,000. The funding applies to places of worship, provincially and territorially recognized schools, and community centers.

The same program has also provided funding in recent weeks to a synagogue in Toronto and one in Winnipeg, as well as a mosque in Richmond Hill.