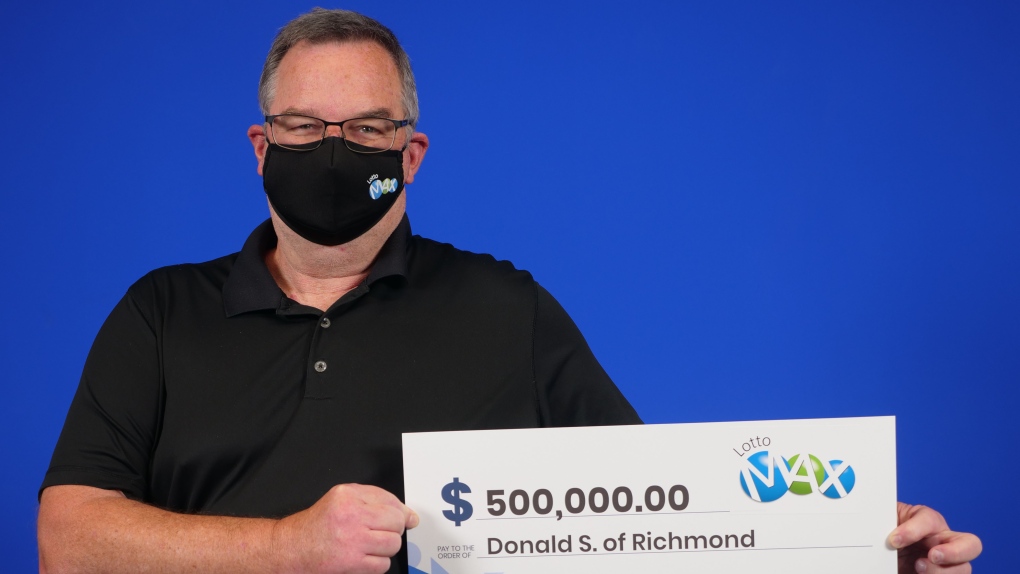 Don Siurna of Richmond, Ont. is half a million dollars richer after winning a Lotto Max Maxmillions prize. (OLG)

A man from rural west Ottawa is half a million dollars richer after winning a Lotto Max Maxmillions prize.

Don Siurna of Richmond said the prize is his first big win after playing the lottery for “a long time.”

“I checked my ticket using the OLG App after the draw and I was surprised by all the zeroes,” he told OLG according to a news release.

When he shared the news with his wife, she thought the prize amount was $5,000 at first.

“I told her to check again,” he said with a laugh.

Siurna plans to pay off his mortgage and finish some projects around the house with his winnings.

The winning ticket was purchased at King’s Your Independent Grocer on Perth Street in Richmond.