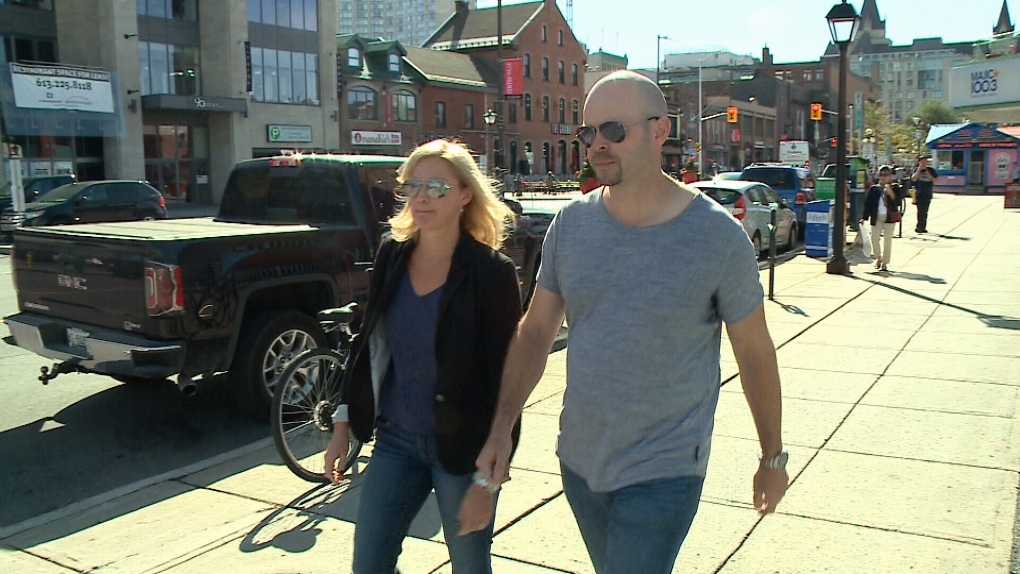 Trevor and Jenn Johnson were at the country music festival over the weekend but flew out before the final day.

An Ottawa couple say their decision to skip last night's concert in Vegas may have saved their lives.

Trevor and Jenn Johnson were at the country music festival over the weekend but flew out before the final day. The Johnsons say they went to Vegas specifically to attend the three-day festival.

But last night's concert didn't fit in to their travel plans.

“It's a nightmare. It’s the word I keep using, it's a nightmare,” Trevor Johnson told a reporter at the Toronto airport as he stepped off a plane from Vegas before driving back to Ottawa.

It is more than fatigue from a red-eye flight that was making Trevor Johnson's voice shake.

It's the reality of how fragile life can be.

“We were at that concert the last two nights and fortunately we were travelling home last night,” Johnson said in an interview, “We skipped the last show. That decision could have saved us.”

Johnson and his wife Jenn travelled to Vegas with a 3 day pass to the country music festival.

“That was the most direct line of sight from where the shooter was in that section,” the couple explained to CTV Ottawa, as they pointed to a diagram showing where they were standing at the concert in the two days preceding Sunday’s attack.

This afternoon back in Ottawa, they were working on little sleep and a whole lot of emotion, knowing for two days that they were front and centre to where a bloodbath would take place.

“It’s quite possible that many people we talked to or stood next to, that we were dancing with are dealing with that, so it's all overwhelming. It hit very close to home,” says Jenn Johnson.

“We came to Las Vegas for a trip to celebrate my 45th birthday today,” for Stephanie Smith, who's in Vegas with a group of friends the celebration is over.

“It seems awful and senseless and we're all saddened and heartbroken and also probably feeling like we just want to go home.”

There were similar feelings from many Canadians returning today from Vegas.

“I was scared. My wife was there when it happened,” explains one man getting off the plane at Pearson airport, “She was texting me while I was on the plane. I just found out ten minutes ago she's okay.”

Okaym but for many, forever changed.

“How do you protect yourself and your family from those kinds of things happening again?” questions Jenn Johnson.

Canada has deployed a team of Consular officials in Vegas. They will be on the ground to help any more Canadians hurt in this attack.