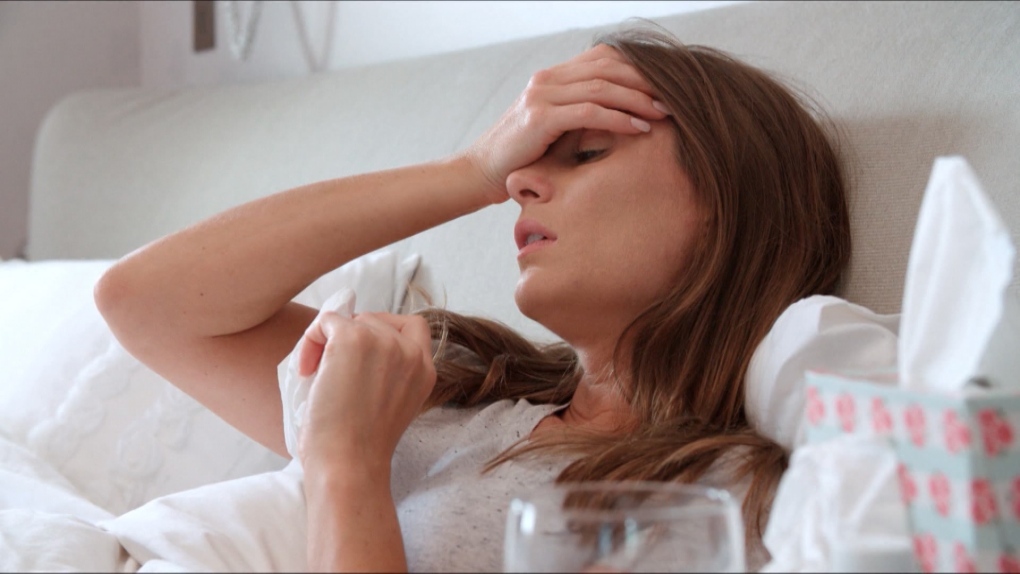 A stock photograph shows a woman sick in bed.

OTTAWA -- Ottawa's Board of Health has voted to ask the Ontario government to institute paid sick days for workers.

Two reports prepared for Monday's meeting on lessons learned during the COVID-19 pandemic called paid sick leave an important tool for keeping the spread of COVID-19 and other communicable diseases to a minimum.

"The fact that many workers do not have paid sick time or stable, full-time, employment posed challenges in terms of some workers facing a choice between staying home when sick and having enough income to cover essential costs, such as for food. Health authorities and businesses were faced with the transmission consequences of workers with symptoms going to work and employers not consistently actively screening out such workers," one of the reports said.

This follows a similar motion by Toronto's board of health in January.

Premier Doug Ford has said there is no need for the province to offer its own paid sick leave program because of the federal Canada Sickness Recovery Benefit (CSRB), despite acknowledging criticisms of the federal program.

Ontario had its own paid sick leave provisions but they were eliminated by the Progressive Conservative government in 2018.

The motion introduced by Coun. Shawn Menard at the Ottawa Board of Health meeting on Monday noted that the CSRB is not sufficient to cover all workers.

"Although the federal government has introduced a form if sick leave benefit, it has proven to be insufficient, given that it is limited in terms of maximum weekly amount payable to workers; it's based on full weeks of missed work rather than days of missed work, leaving workers ineligible if they've missed less than a full week; and it requires workers to apply for the benefit, resulting in a wait for payment and a risk of their application being denied," the motion read.

The CSRB offers $500 for a 1-week period to employed and self-employed individuals who are unable to work because they are sick or need to self-isolate due to COVID-19, or have an underlying health condition that puts them at greater risk of getting COVID-19.

If the situation persists beyond one week, workers need to apply again. The program pays for up to a total of two weeks between September 27, 2020 and September 25, 2021.

The motion leaves the implementation of a provincial paid sick leave program up to the Ontario government, but suggested it could be done through an amendment to the Employment Standards Act or "though a different mechanism."

--With files from CP24 and CTV Toronto.