Ottawa Bluesfest wraps up after successful 10 nights at LeBreton Flats 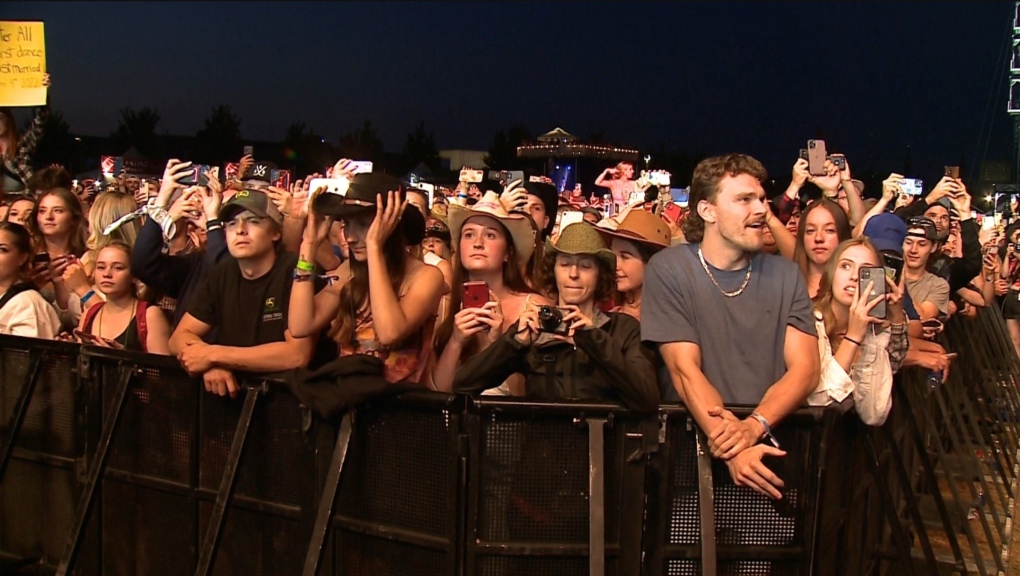 The curtain has fallen on the first RBC Ottawa Bluesfest at LeBreton Flats in three years.

The popular 10-day music festival wrapped up on Sunday night, with more than 20,000 people attending each night of the festival.

"You know, weather was a big factor, which we will never talk about until midnight after the last show, but all of those factors just came together for us this year," Reilly said.

"Each night is like; yes, got it, nailed it. After we finished a really huge show for Luke Combs and then for Alanis, we said, 'Hey, got it for the huge shows.' And it worked again for Rage, and those are our three biggest nights," Reilly said about the festival finding its footing after being cancelled for two years due to the COVID-19 pandemic.

RBC Ottawa Bluesfest executive director Mark Monahan says Friday night's concert by Rage Against the Machine was one of the biggest nights in festival history.

"The Rage Against the Machine concert, I would argue, is probably one of the top five concerts ever in the 28 year history of the festival," Monahan said on CTV Morning Live. "It was several years in the making and Rage had not toured in many, many years. That show was just something that you rarely see – just the energy, the power of it and the crowd. It was something I'll remember for many, many years."

Bluesfest was held as Ottawa Public Health reported a rise in COVID-19 activity in the capital, including a spike in hospitalizations and outbreaks. Reilly says organizers had to deal with some cases among staff and volunteers.

"We've had a few people who are in different positions have to take five days and stay at home, and do their job over the phone or over the computer," Reilly told Newstalk 580 CFRA's Ottawa at Work. "But we had enough people inside each of the teams that are in charge of the different aspects that people were able to step up on the ground and fill in for those people."