It was a moment that Isabelle Weidemann’s family will remember forever as they watched team Canada win Olympic gold in women's team pursuit speed skating.

It all started for Ottawa-born Weidemann and Ivanie Blondin at the Brewer Skate Park in the nation's capital.

Mike Rivet has been coaching speed skating for more than 30 years, and is the head coach for the Gloucester Concordes.

“They skated on this very track here,” said Rivet. “This is where they got most of their base work. It was just great to see the girls finally get what they deserve with all of the hard work they put in over so many years.”

“It’s taken us a long time to build a team that has chemistry, that works well together,” said Weidemann in a press conference after the gold medal win. “We’re very proud of all the changes we’ve made over the last four years and how we’ve taken the team pursuit in Canada and made it something special.”

Rivet trained both Weidemann and Blondin as teenagers.

“Ivanie, I started working with her when she was eight years old. She stayed in Ottawa until the age of 15,” says Rivet. “And then Isabelle was here from age 11 until about 16, 17.”

Now, a new generation of speed skaters at Brewer are looking to reach a similar goal.

“Seeing our sport in the forefront and doing so well, and Isabelle with three medals, it’s just amazing to see and it feels like our sport is making an impact,” says 17-year-old Brielle Durham. 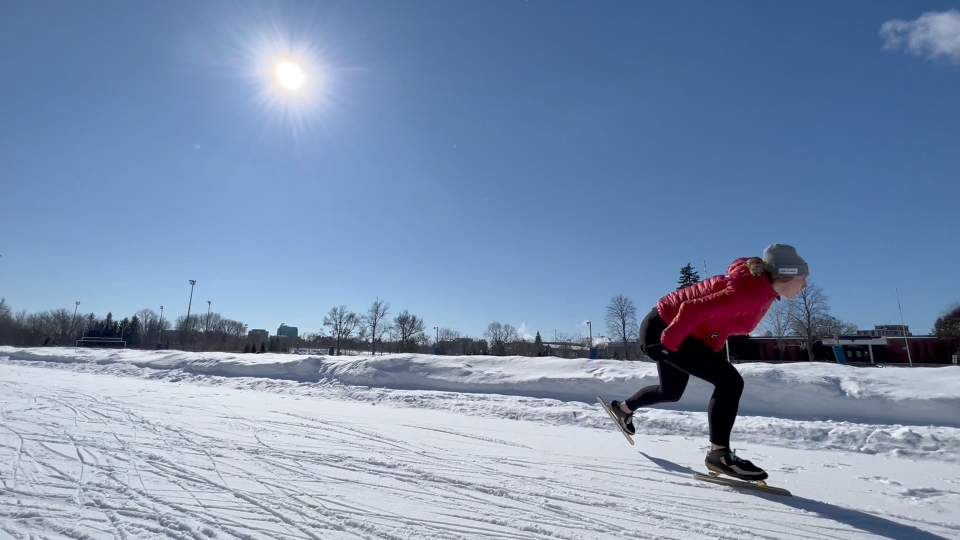 “As the race went on, I was just sitting further and further on my seat and it felt like I was there,” said 19-year-old Kaelan Jolliffe. “It was just super exciting.”

It’s no surprise that the Ottawa speed skating community is overjoyed with their local athletes, but Rivet knows it is well deserved.

“Those who are dedicated persevere,” said Rivet. “Those who have tenacity usually succeed, and that’s exactly what we had here.”

For up and coming speed skaters, having the chance to follow in the same path as Canada's gold medalists is the ultimate goal.