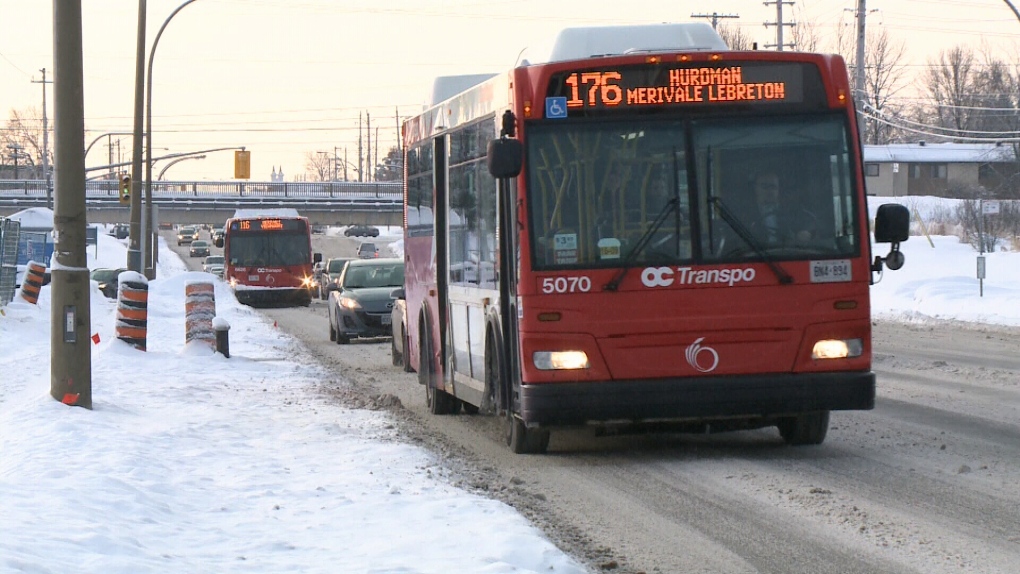 OTTAWA -- Ridership on OC Transpo remains low as the COVID-19 pandemic continues to keep people home and away from public transit.

At the final transit commission meeting of 2020, OC Transpo's director of customer systems, Pat Scrimgeour, said that November ridership was more than 70 per cent below pre-pandemic levels.

"Through to the end of November, transit ridership on our system has continued to be at 28 per cent of the usual levels," he said. "We're continuing to monitor ridership as customers return or as travel patterns change and we'll continue to make adjustments as necessary."

A graph shared with transit commissioners shows an increase in ridership through the summer, peaking at just over 30 per cent of normal levels in September, before falling back to the 28 per cent level for October and November. 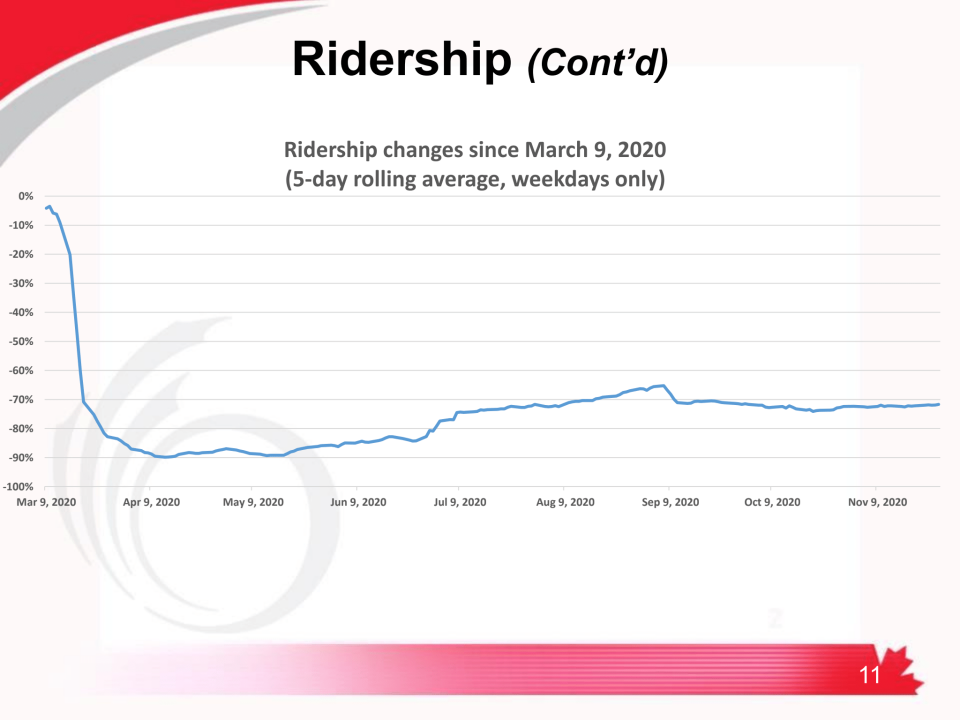 Transportation Services General Manager John Manconi said he does expect ridership to improve, and noted that some routes have seen a great deal of recovery.

Ridership peak in summer partly due to acceptance of COVID: Scrimgeour

"Obviously, I want to get as high a ridership as possible," Brockington said. "What happened between mid-June and Labour Day?"

Scrimgeour said part of it had to do with the public's greater understanding and acceptance of living with the pandemic.

"We started to understand how to work within the pandemic," he said. "Through this period was the time when masks became available to everyone and wearing a mask meant they could be in closer contact with people. That's when the weather was getting better and we all started to stretch our arms a little further, walk a little further, and go into stores more often."

Masks became mandatory on OC Transpo on June 15, which Scrimgeour said likely boosted rider confidence. OC Transpo also returned to full service at the end of June, giving the system more capacity. Additionally, COVID-19 figures were lower in the summer, with daily case counts in the single digits and some days with none whatsoever.

"We had a continuous increase through the summer as more and more people got used to how to behave," Scrimgeour said.

As COVID-19 case counts began to rise in the late summer and early fall, ridership began to drop again, which Scrimgeour attributes to increased restrictions, such as the 28-day partial lockdown imposed on the city from Oct. 10 to Nov. 7. Ridership across the entire transit system has since plateaued at a 28 per cent level through November.

Scrimgeour said ridership on the LRT is at about 20 per cent of where it would normally be, but he said the bus system is seeing ridership at about 40 per cent of pre-pandemic levels, thanks to some routes that are used more often.

The same goes for the LRT.

"The train is used by people who are traveling to and from offices downtown or traveling to the universities," Scrimgeour said. "Those are the two largest groups of customers who use O-Train Line 1 and they are travelling much, much less."

Manconi told the transit commission that staff are working on a report that will give detailed breakdowns of ridership volumes on specific routes and at each station.

Despite the lower ridership, staff at OC Transpo have consistently said they have no plans for any major service cuts during the pandemic. Riding the system will cost you more, however. On Dec. 9, city council approved the 2021 OC Transpo budget, which includes a 2.5 per cent hike in transit fares.