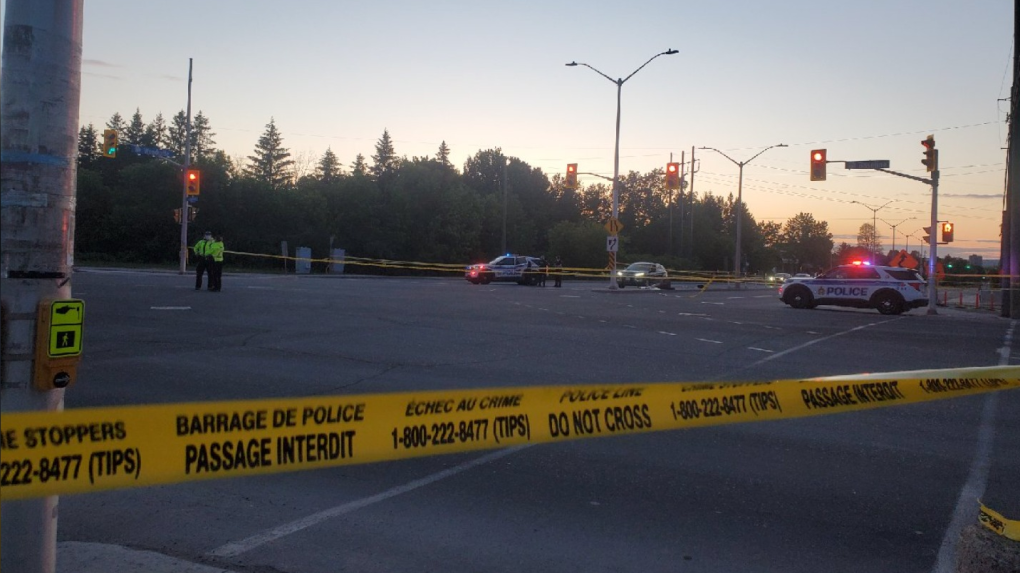 OTTAWA -- One person was being treated for gunshot wounds following an evening shooting in Ottawa's west end.

Ottawa Police responded to a call for a shooting in the area of Iris Street and Woodroffe Avenue just after 7 p.m. Sunday.

In a statement on Twitter, the Ottawa Police Guns and Gangs Unit said two vehicles were involved in the shooting.

"At least one person suffered a gunshot wound and has been brought to hospital," police said on Twitter.

Ottawa Paramedics told CTV News Ottawa one person was transported to hospital. There was no word on the extent of the injuries.

The Ottawa Police Guns and Gangs Unit says a newer model grey SUV with Ontario licence plates may have been involved in the shooting.

There was a large police presence in Ottawa's west end following the shooting, including police tape blocking off the intersection of Woodroffe Avenue and Baseline Road.

This was the fourth shooting in five days in the city of Ottawa. Four people have been killed in shootings since Wednesday.

On Wednesday, Abdulqadir Yusuf, 22, of Ottawa was found dead inside a vehicle on Palmerston Drive. Police believe he died of a gunshot wound.

On Friday, Abdulaziz Abdullah, 34, and Mohamad Abdullah, 27, both of Ottawa were killed in a shooting in the Alta Vista Shopping Centre parking lot. A third man suffered non-life threatening gunshot wounds.

On Sunday, a man died after being found with gunshot wounds in a parking lot on Meadowbrook Road, between Ridgebrook Drive and Cyrville Road. The victim has been identified as Warsama Youssouf, 27, of Ottawa.