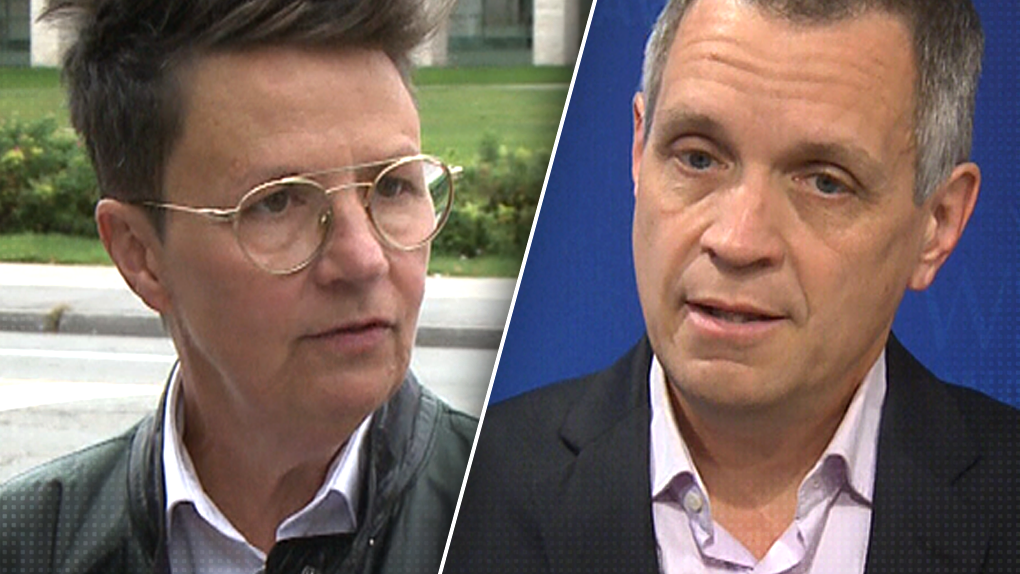 A Nanos Research poll for CTV News Ottawa finds Catherine McKenney and Mark Sutcliffe are the top two contenders for mayor of Ottawa in the Oct. 24 municipal election.

The leading candidates for mayor of Ottawa are picking up some high-profile endorsements heading into the final week of the municipal election campaign.

The endorsement comes as public opinions show a tight race for mayor of Ottawa between Sutcliffe and McKenney, with Bob Chiarelli running in third.

"I honestly think it can swing both ways. Current and former politicians evoke such strong sentiments for voters," Willing said in an email on Sunday. "The mayoral campaigns would really need to weigh how valuable, or potentially damaging, an endorsement is before publicizing it."

On Sunday, Carney issued a statement on Twitter saying he was "proud to support' McKenney for mayor.

"I want to salute all those candidates who put themselves forward to be mayor, but for me one candidate stands head and shoulders above the rest, and that's Catherine McKenney," Carney said.

"We need someone who is going to stand up for the city," McKenna said.

"We saw how tough it was when Ottawa was occupied. Catherine McKenney was on the streets, standing up for vulnerable residents, standing up for small businesses, one of the few officials who was out there, and we need someone who is tough."

Ottawa Centre MPP Joel Harden has been canvassing for McKenney during the campaign.

Sutcliffe released a list of more than 25 former and current elected officials and former candidates who have thrown their support behind his campaign for mayor, calling it a "coalition of cross-partisan leaders."

"As these leaders all agree, I am ready to put my 30 years of community leadership experience to get everyone working together to solve problems and build a better city for the people of Ottawa," Sutcliffe said in a statement.

"Bob C. just won my support and my vote," O'Brien said on Twitter after the CTV News Ottawa mayoral debate. "He's absolutely right – nobody can run city hall without experience."

Eight people were seriously injured after a Laval city bus crashed into a daycare Wednesday morning, according to Urgences Sante. All eight victims were transported to hospital in critical condition. Nine ambulances have been dispatched to the scene.