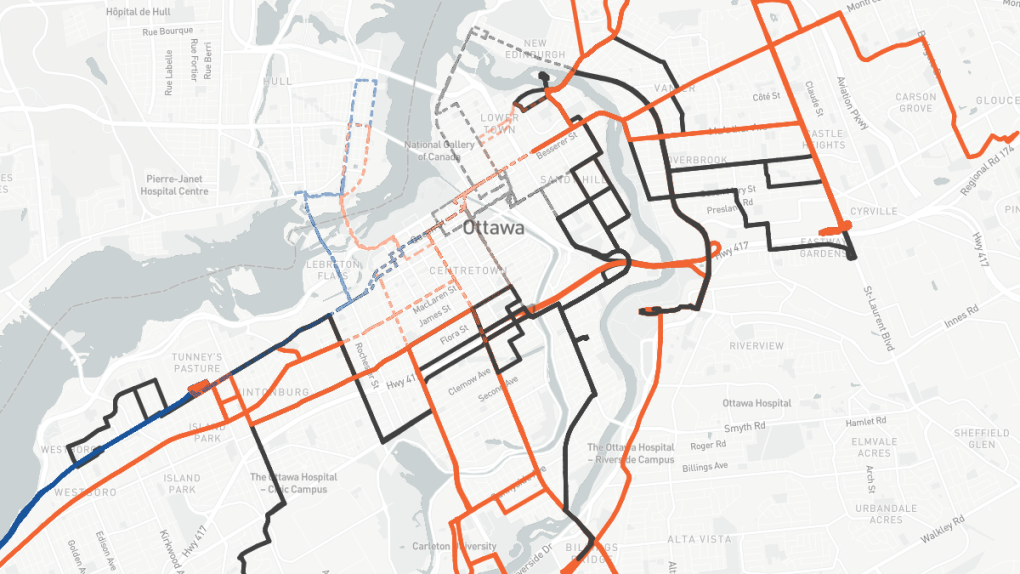 A Carleton computer science student has made an interactive map showing the detours OC Transpo routes are being forced to take.

A new interactive map shows just how far buses in Ottawa are being forced to detour because of the ‘Freedom Convoy’ protest blocking downtown streets.

Derek Ellis, a computer science student at Carleton University, created a map that shows the significant detours OC Transpo buses are taking, many drastically different from their regular routes.

Ellis said he decided to make the map because OC Transpo has not released any maps or diagrams to show the detours.

“They just kind of had these worded descriptions,” he said. And even though the Centretown West resident has a good sense of downtown geography, he said they were hard to follow.

“I wanted to help anyone who has to use these routes right now just to get an idea of where they’re actually going,” he said.

The ongoing ‘Freedom Convoy’ occupation of downtown Ottawa has forced several bus routes out of the downtown core.

The map is a stark visualization of just how far they’re being detoured. The number 7 bus, for example, is forced to loop around at Hurdman Station to connect with LRT.

The number 14 bus, which usually travels down Elgin Street, instead goes south of the Queensway. 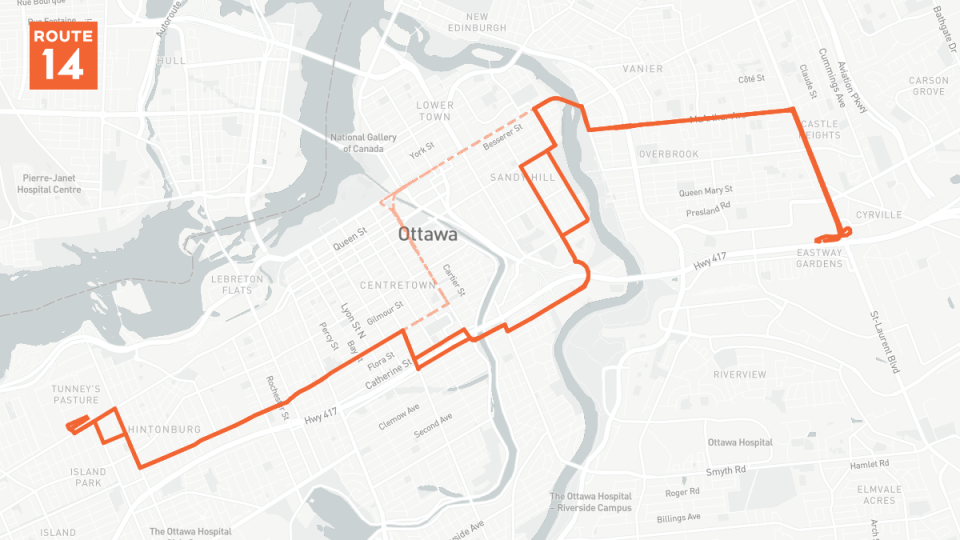 Ellis said the map took him six hours to make. Most of that was gathering the data to show on the map, which he pulled from the city of Ottawa and OpenStreetMap.

He said he has received some positive feedback; a handful of people have expressed their appreciation for being able to see exactly where the buses are going.

“Hopefully people won’t be needing this for a long time, but at least while everything’s detoured, it’s nice to have,” he said.

“I’d hope that OC Transpo and the STO could provide these types of diagrams themselves,” he said. “Especially since this has been a prolonged detour, it would be helpful.”

You can view the map here.

Transit through the core is really up right now, and I have yet to see any maps that show the detours that buses are taking to avoid it. So, I made one.
Pick a route, see its current detour. (They're wild)https://t.co/paSIvcnIho pic.twitter.com/q02caHpElr