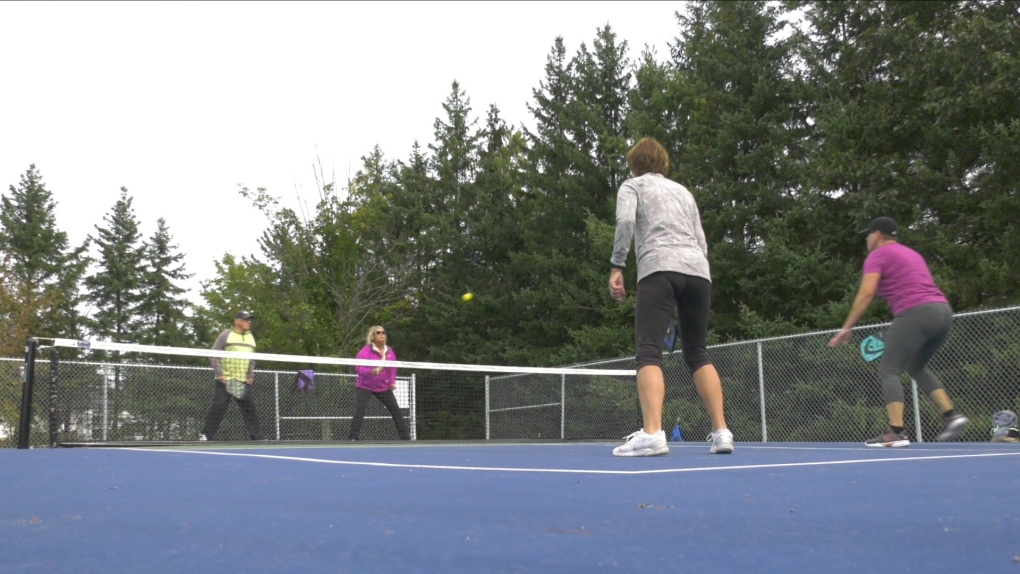 A rural community south of Ottawa celebrated the opening of new pickleball courts Saturday morning, helping to keep their residents active, thanks to a large provincial grant.

After a two-year wait, Front of Yonge Township Councillors along with Leeds-Grenville-Thousand Islands-Rideau Lakes MPP Steve Clark welcomed local players to the new courts in Mallorytown.

"Every day I drive by I see cars here, people playing pickleball so it's great to have it here," said Mallorytown resident Greg Halladay, who has been playing the sport for four years.

"We do play, my wife and I in Lansdowne a lot but now we can come down at night and play here, not have to drive to Lansdowne," he said.

What was once an underused tennis court now has been given a new life.

"There's been more people playing pickleball in the last month then played tennis here in the last 15 years," Halladay said. 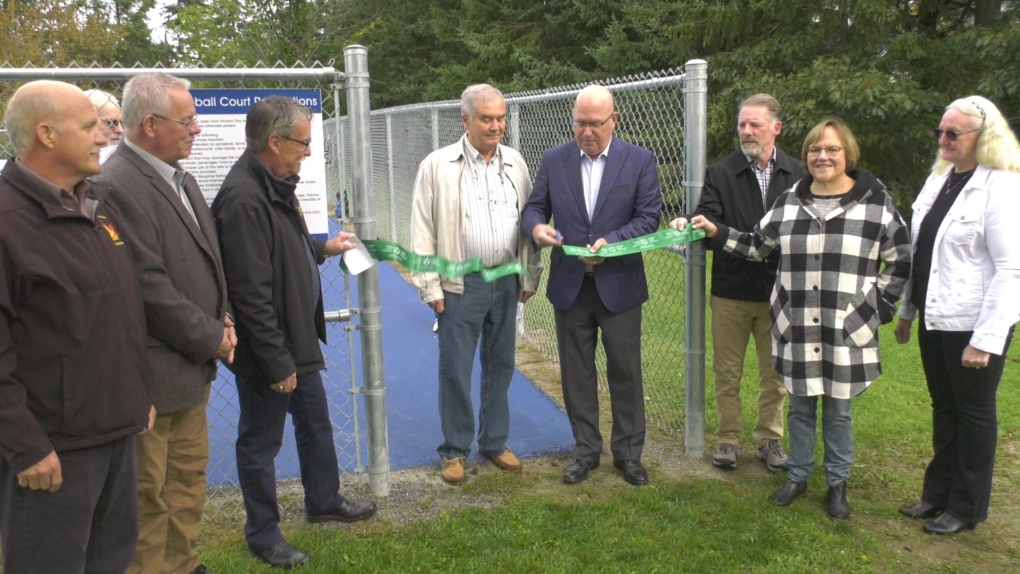 This transformation process began in 2020, after the township put the call out to residents.

"We did a survey and asked residents if they were using the tennis ball courts and got feedback that people were interested in pickleball," noted Councillor Margaret Fancy.

"The Recreation Committee had several conversations with people who played pickleball, particularly from other communities and decided to apply for a federal grant at that time which helped us resurface the tennis court," she said.

A seniors' grant of $5,000 started off the process, and the team had been looking for more funding to finish it.

The committee was approved for a $49,900 Ontario Trillium Fund grant for the courts, costing the township nothing.

"This is phenomenal. I've never seen a pickleball court like this," said Jim Pickard, Ontario Trillium Foundation Grant Review Team Chair. "They've done a tremendous job with the money they had available." 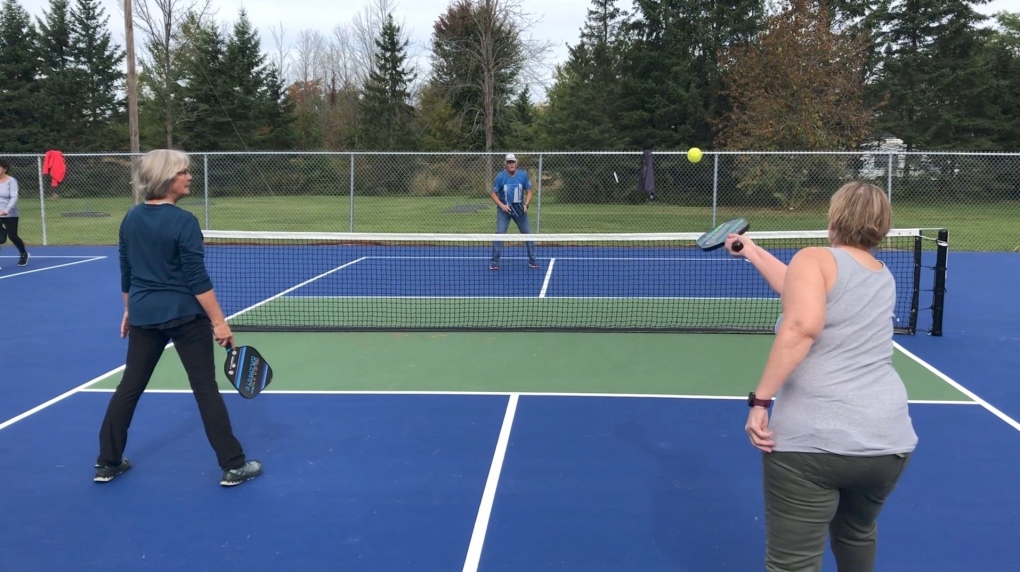 The Ontario Trillium Foundation holds two applications opening a year for projects like this, giving out almost $209 million in grant money in 2021.

"This is for capital purposes, they have them also for operating as well so there are different grants available and they open up at different times," Pickard noted.

"We've had legions, as an example besides municipalities as well, non-profit organizations, museums, so yes it's open to anybody," he added, noting the foundation helped many organizations during the pandemic with relief funds.

"The first time I saw pickleball was in Mexico," added Fancy. "A group of Canadians were going out every morning at 7 o'clock and I thought if in that heat they were that interested, then there must be something to this."

Fancy said the committee did lots of research into the new courts, and talked to many communities who had installed them recently.

"Take the time to invest in the quality products because in the long run it's worth it," she said, with the response being overwhelmingly positive.

"That's the beauty of this grant is that we've been able to put in a court that is top quality and is spaced well, again learning from our neighbours," Fancy added.

"I was helping Margaret talk about size of the court, how many courts, laying out north and south rather than east to west to avoid the sun glare in the night and morning," said Halladay.

"We have three courts so there is usually lots of space for people to play so it's really good," he added.

New pickleball equipment has also been donated to the local public school, to get a younger generation interested in Canada's fastest-growing sport.

"We're really excited," Fancy said. "We know that there is a real relationship between getting outside and exercise and mental health and well being and this is one great step towards it."

"I just want to thank everybody involved," added MPP Clark. "This is one of the fastest growing sports and I tell you, there's courts popping up in all corners of the riding so it's really nice."

"Healthy, active living is such a priority for the rec. committees, for the community and for council so just congratulations," he added.

"Thanks to the council and the Trillium grant for making this possible," Halladay said.  "Hopefully, we have a good court here for years to come."

The courts are free to use, and Fancy noted the committee is looking into equipment rentals in the coming weeks.

A mass shooting survivor and spokeswoman for gun-control group PolySeSouvient says it is 'incredibly disrespectful' for firearm rights advocates to invoke the group's name in a merchandise sale discount code.

The deaths of four University of Idaho students nearly three weeks ago have riled up thousands of would-be armchair sleuths, many of whom are posting speculation and unfounded rumors about the fatal stabbings online.

After 300 hours of testimony, 9,000 exhibits and a few major revelations, the public portion of an investigation into the first-ever use of the Emergencies Act ended Friday with a deep dive into questions about government accountability and transparency.

Hockey Canada says there were more than 900 documented or alleged incidents of on-ice discrimination -- verbal taunts, insults and intimidation -- across all levels and age groups during the 2021-22 season.