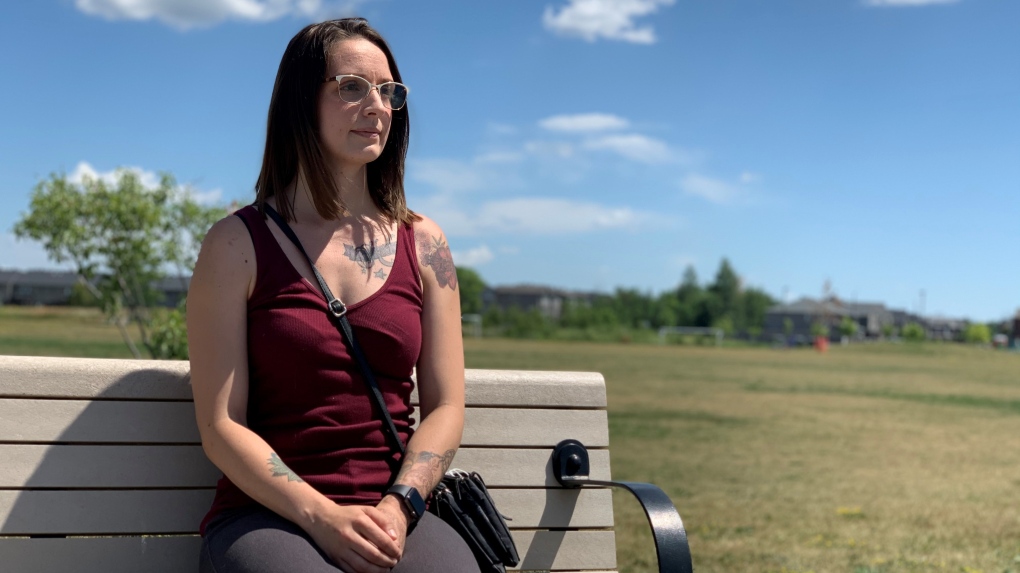 Kylee Abrams tells CTV News she's frustrated she had to learn details about a COVID-19 outbreak at her daughter's childcare centre from the media and not the care provider. (Saron Fanel / CTV News Ottawa)

OTTAWA -- An Ottawa mom, whose daughter attends one of the two childcare centres in the city experiencing a COVID-19 outbreak, says she is frustrated to have learned more about the outbreak from the media than from the daycare.

Kylee Abrams’ four-year-old daughter goes to La Clementine, a facility temporarily closed due to the outbreak.

“The people involved should be the first ones getting this information,” she said.

On Monday, the daycare notified parents of an outbreak, but Abrams said the e-mail was brief and left her with more questions.

“Was it one of the older kids? Was it a teacher? Was that teacher moving around?” she asked.

Parents said they knew there was outbreak, but were never told how many cases, who was sick, or if their children may have come into close contact.

“What was frustrating is that three employees tested positive and nobody told us. Nobody called us. We weren’t told direct or indirect until Friday in the news.”

She said the daycare contacted her Friday to inform her there were three positive cases.

The director general of the daycare said she understands parents are worried.

“I must continue to follow the recommendations of Public Health,” said Bridget Sabourin, in an e-mailed statement. “I understand the parents' concerns and I am really sorry that this situation happened.”

“It is recommended I keep my distance from my four-year-old, which is not going to happen,” Abrams said.

As more parents return to work, the demand for childcare is growing.

The federal government announced Friday that it is committing an additional $625 million to support the childcare sector.