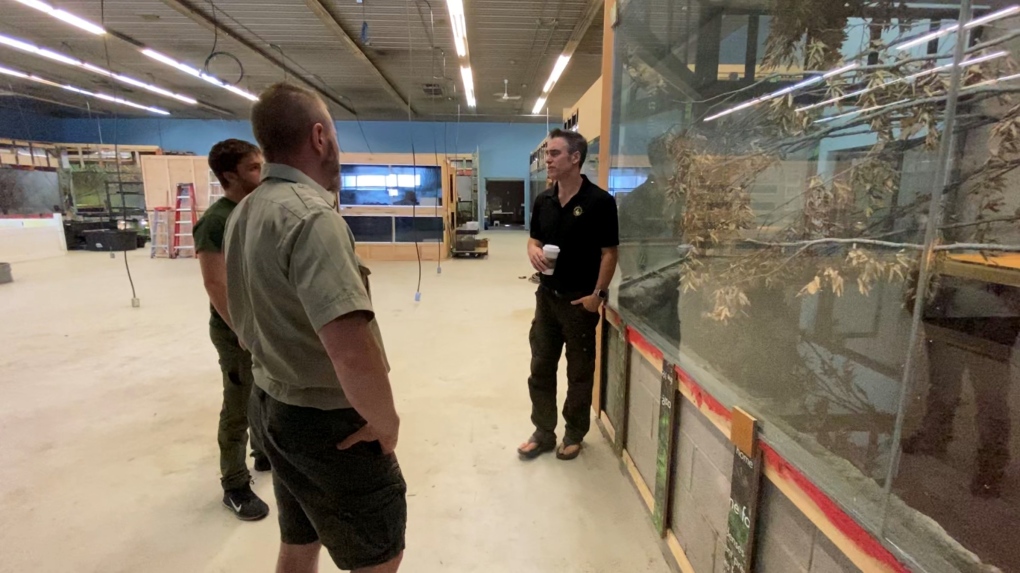 OTTAWA -- The owner of Little Ray's Nature Centre says without significant financial help in the next week, he will have no choice but to close his business down for good.

"We are down to our last week before I must start my plan to turn over the keys to the government for the care of our animals," Paul Goulet said in a press release. "We simply have no money left and within 2 weeks, without support, we cannot feed our animals, keep the lights on, or pay our staff."

Little Ray's is Canada's largest exotic animal rescue, with more than 800 animals in its care, and has been a staple in the National Capital Region for 25 years. It also has a nature centre in Hamilton.

Like many businesses, Little Ray's has been affected heavily by the COVID-19 pandemic. While the zoo can reopen to the public, Goulet says visitors account for a mere four per cent of their annual revenue. The vast majority comes from outsourced education programs and museum exhibits, all of which have been stymied by the pandemic.

"We have numerous contracts on the horizon for museums across Canada and the US but contracts for this summer and fall have been pushed back to later in the year (November) or next year and we remain primarily cut off financially until museums start to function normally which is being anticipated to be later this calendar year," Goulet said.

"Our revenue for March, April and May was down 94% yet we still have to care for over 800 animals and we have done everything we can to cut costs including my wife and I being on the CERB since March."

Goulet blames insufficient government support for his and other businesses' dire financial straits, as the pandemic forces businesses large and small to close.

"I have listened to the Premiere (sic) of Ontario and the Prime Minister of Canada stress how small business is the back bone of our country yet I have watched our large small business slip away with limited support that was disproportionate at best," he said.

Goulet said he did receive support from the Canada Emergency Business Account (CEBA) program, but it was only enough to cover just two weeks worth of payroll. He says his business now hinges on a $350,000 loan he's seeking from the Business Development Bank of Canada (BDC).

"We are anticipating no significant revenue though 2020 and have an operating budget shortfall of $350,000. The amount requested from BDC," Goulet said. "We do have numerous contracts on the horizon with numerous other contract inquiries coming in from museums and science centres throughout the US and Canada and now China and Europe. Unfortunately, museums are not paying deposits and we have been told they will be later this year/early 2021."

Goulet said he is not asking for handouts, but a loan that he is more than willing to pay back. He notes that his business has generated millions of dollars in tax revenues for the government.

"I would like to think that for a company that has paid out over 6 million in salaries over the past 5 years and collected and paid more than 2.3 million dollars to the government, a company which has grown and has a significant export business that asking for a $350,000 loan for working capital should not be too much to ask," Goulet said. " We have been a last resort for countless animals and I am certain the long term care costs will far exceed the value of a loan we are happy to take on and willfully pay back. I have been patient but this is now our final week and I woke up today realizing that I better start making a plan B.

"In my wildest dreams I never thought we would be begging for support in our final hour. We have been too good of a business for too long for this."

A GoFundMe campaign for Little Ray's was launched in May has raised more than $43,000.