'It has to work': Infrastructure Min. McKenna concerned about Ottawa LRT failures 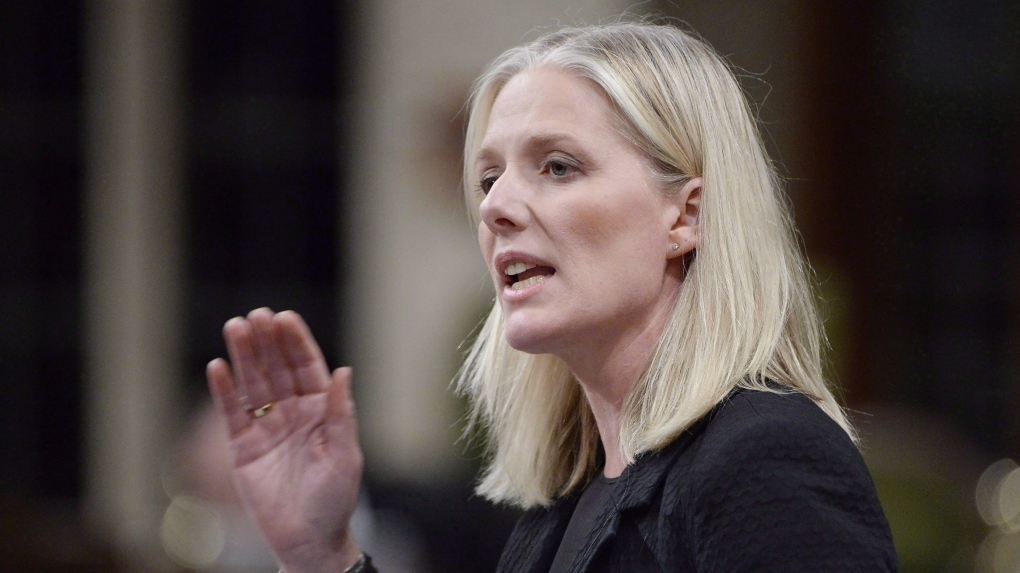 The Ottawa Centre Liberal MP told reporters in a scrum before Question Period Friday that she agrees there's a problem.

"Public transit is great when it works," McKenna said. "It's good for getting people around to, and getting to work, reducing emissions, reducing congestion, but we got a problem here. Under the agreements that we have with the provinces and territories, it's clear that contracts that are awarded under federal funding programs have to be administered in a way that is equitable, that is fair, that is transparent and make sure that we get value for money."

Stage 1 of LRT cost $2.1 billion, with the municipal, provincial, and federal governments each contributing a third of the cost. Since opening in September 2019, the 12.5 km stretch of rail has experienced a litany of problems.

Just this week, the LRT was reduced to its lowest number of running trains after a piece of the overhead power system broke. Passengers who were stuck in three separate trains had to evacuate onto the tracks to get to other trains or the nearest station. Power and switch issues also caused delays.

At the Feb. 19 Transit Commission meeting, commissioners were told it could take up to a year to solve some of the issues.

Earlier this month, Ottawa City Council unanimously approved an outside review of the procurement process for Stage 2, after documents released by the City of Ottawa showed SNC-Lavalin's winning bid to build and maintain the southern leg of the three-part expansion was marred by significant errors.

The federal and provincial governments have each pledged more than $1 billion toward the $4.66 billion construction of Stage 2.

When asked whether she had any suggestions for what she wants to see for Stage 2, she said she wants to make sure it works.

"I think we need to make sure that we don't have the challenges that we're experiencing right now and we need to be making sure that we're mindful of taxpayer money and that you get outcomes," she said. "When we invest in public transit, as I say, it's great to get people around faster, cheaper, cleaner, but it has to work and we've had serious challenges here and I think that's an issue of concern for residents who live here, but it's also a concern for me."