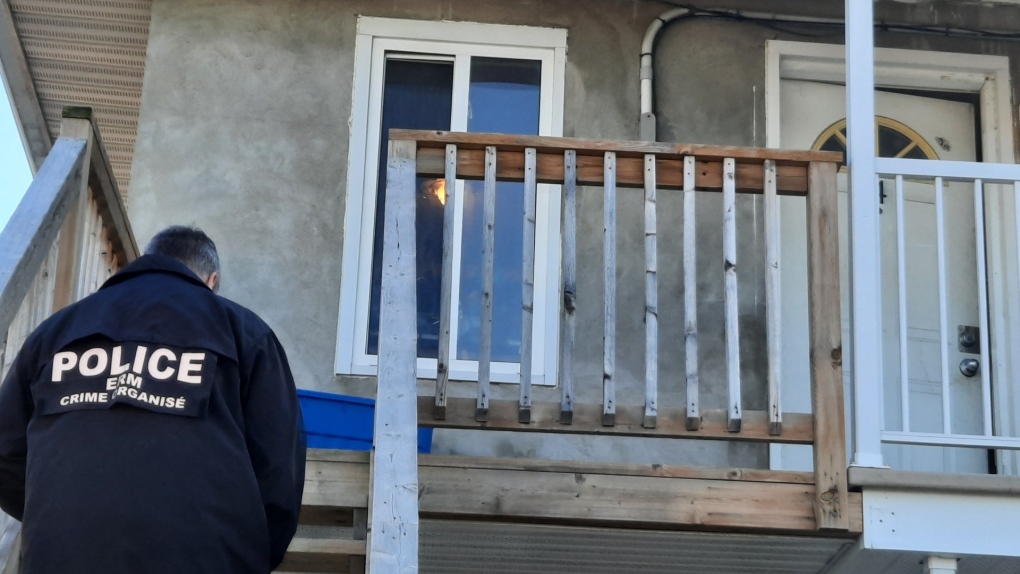 Sûreté du Québec searched a home in Gatineau, Que. Nov. 24, 2021, as part of an investigation into the alleged illegal manufacturing and trafficking on guns in the province. (Photo supplied by SQ)

OTTAWA -- Quebec provincial police say a Gatineau man has been arrested following an investigation into the alleged illegal manufacturing and trafficking of guns.

In a release, the Sûreté du Québec said officers from the Outaouais regional squad, the Canada Border Services Agency and Gatineau police searched a home in Gatineau Wednesday following a tip from the public. Evidence was seized, but police did not elaborate as to the nature of it.

A 34-year-old man was arrested and is due in court. The suspect has yet to be identified and charges have not yet been announced.

“This search demonstrates, once again, the importance of collaboration and efforts in the area of firearms by all police services in Quebec. An operation of this magnitude confirms the effectiveness of the concerted strike force," Captain Simon Riverin, head of the organized crime investigation department, said in the release (translated from French).

The search was part of a province-wide project known as "Centaure", which aims to tackle firearms trafficking and organized crime in Quebec.

Any information relating to the possession, trafficking or use of firearms can be communicated to the Centaure information line at 1-833-888-ARME (2763).