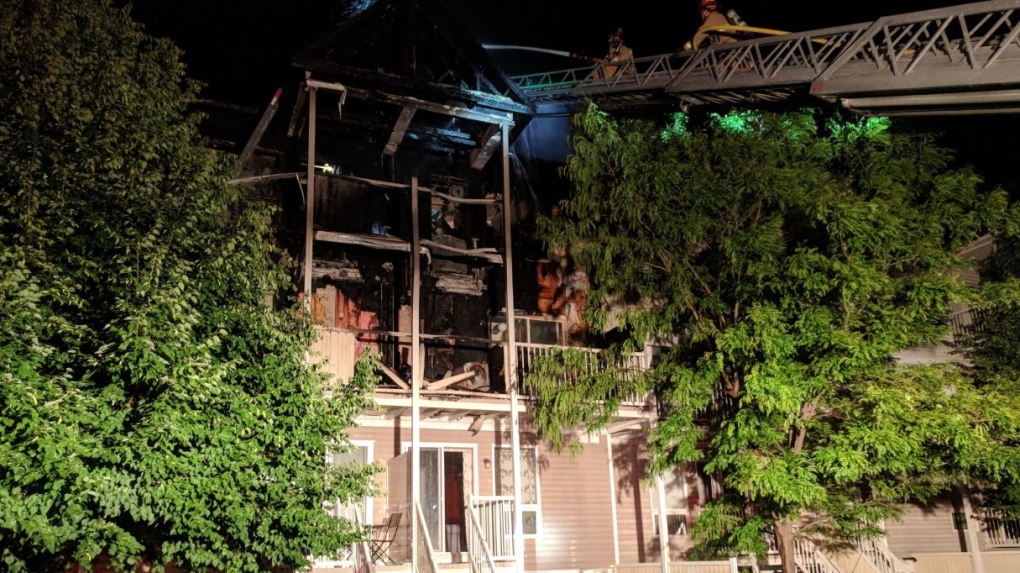 Four homes have been damaged in a late night fire in Orléans.

The fire was located in a rowhouse. It took firefighters over an hour to declare the fire was out.

Pictures show fire and smoke damage to the second storey of the homes.

Ottawa Fire on scene of a 2-Alarm fire at 42-44-46-48 Lakepointe Drive off 10th Line Road. The main body of fire is extinguished. Crews are checking for extension and salvage operations are underway. #Ottnews #OttCity #ottfire pic.twitter.com/B0iZwkRh31