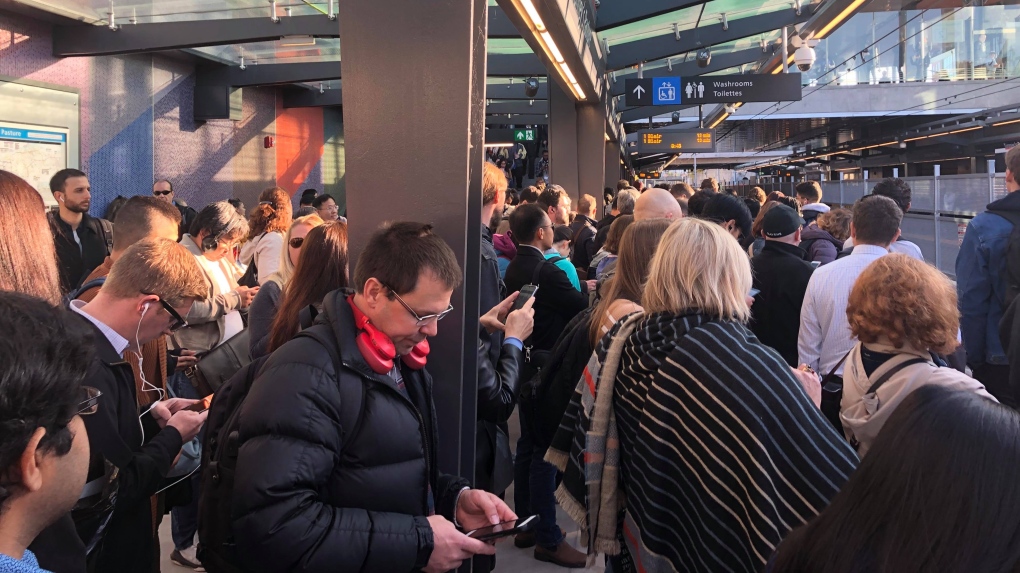 Major delays after a door malfunctioned contributing to a cascading problem throughout the system.