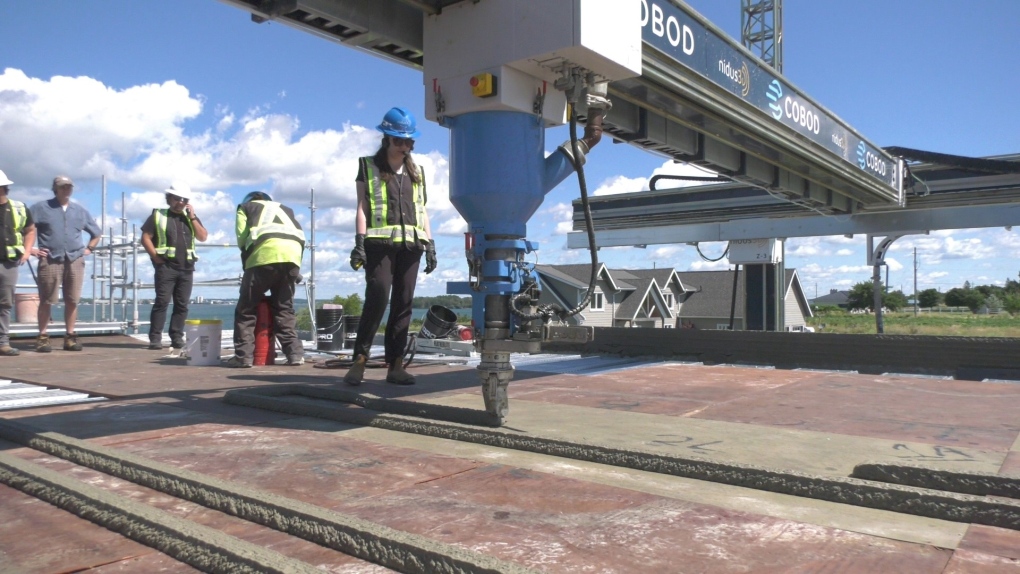 3D printing has been used to create many things these days, but what if you could 3D print a house.

It’s not only possible but it’s happening right here in eastern Ontario.

The machine takes regular concrete and pours it layer by layer to build the walls of the home.

Founder Hugh Roberts says the information on where for the machine to go and how to do that comes from the typical blueprints you would need to build a house.

"In a really predictable and automated way placing that concrete in order to grow a structure almost right out of the ground," Arthur explains.

The house is being built on Wolfe Island, which sits off the coast of Kingston, Ont. It’s the second structure the company has built so far; the first being in Windsor, Ont., earlier this summer.

The company says building the home is only slightly more expensive than building your typical wood structure, and hopes to become more affordable over time.

"We’re optimizing the placement of only the material we need and reducing all of the waste that’s involved in conventional construction," he explains. "So these structures are built to last much longer and built with way less material."

Nidus3D is based in Kingston. Arthur was previously the area’s Member of Provincial Parliament, but chose not to run again this year, and instead run the company. He says that’s because he believes this will be a game changer for the housing crisis.

"We have massive shortfall of skilled labourers, massive and growing demand for housing all across Canada," he says. "So, if we don’t begin to look at new ways of building, we’re never going to catch up."

Arthur says these houses can be built quickly; this building's ground floor has gone up in two weeks.

The technology has been used in Europe, he explains, and while this two-storey is a first here, he hopes it won’t be the last.

"We want to see this technology scaled all across Ontario and all across Canada," he says.