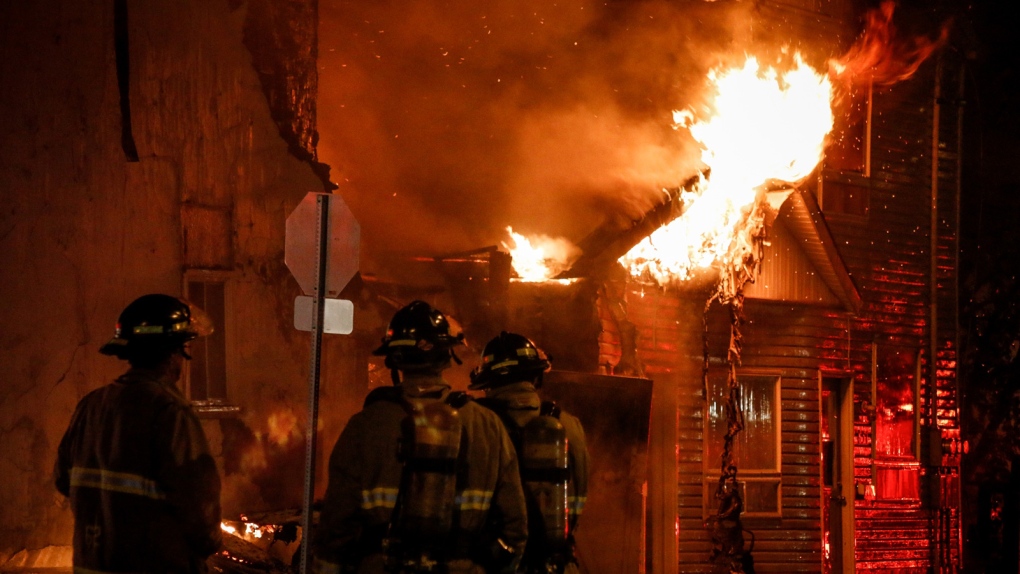 It took firefighters more than four hours to extinguish a two-building fire in Cornwall's east-end, Wednesday evening. Three units were evacuated by bystanders. No injuries have been reported. (Photo: Jason Setnyk/CTV Viewer)

The blaze broke out at about 6:30 p.m. on the corner of First and Alice Streets. One of the two buildings houses three apartment units. Witnesses say bystanders helped alert the people living inside and had to pull an elderly man out in time.

It took more than four hours for firefighters to extinguish the fire. No injuries were reported.