Fiddles on the Rideau

"Just give us a wave and we will float over and play a few tunes," said Sherryl Fitzpatrick.

Fitzpatrick and other musicians are aboard a pontoon boat. Their craft is fuelled by fiddles, and talented musicians who love to play them.

"I started playing at the age of seven. It’s in my DNA. It’s what defines me as a person," said Fitzpatrick.

Fitzpatrick is a musician, performer and music teacher.

Fitzpatrick has missed live music and performing during the pandemic.

"When COVID hit, it decimated live music. You don’t really realize the impact that music has, not only on our own mental health but on other people," said Fitzpatrick.

"When we lost that, we lost our soul," she said. 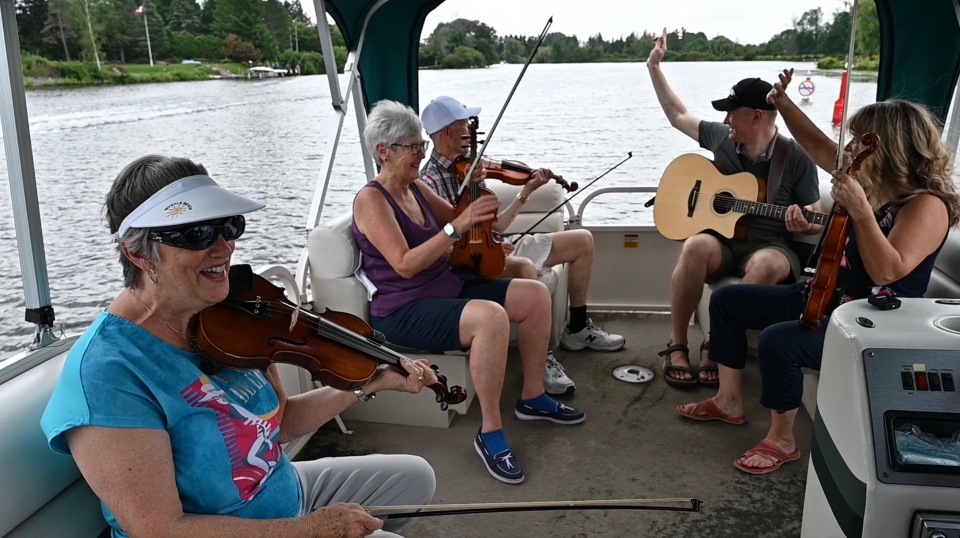 So, Fitzpatrick and other volunteers are launching some pontoon boats, along with "Fiddles on the Rideau."

On Aug. 28, their musical flotilla—as many as three boatloads of performers— will make several stops along the Rideau to make music for Manotick.

"We’re encouraging kayakers, canoeists and other boat owners to come up along side of us and to just listen to what we’re doing," said Fitzpatrick.

"We’ll also have some fiddlers who will be joining us on the banks of the river, so they can participate as well."

It’s a chance for the fiddlers to showcase traditional Canadian music; something many musicians aboard the boat believe is contagious. 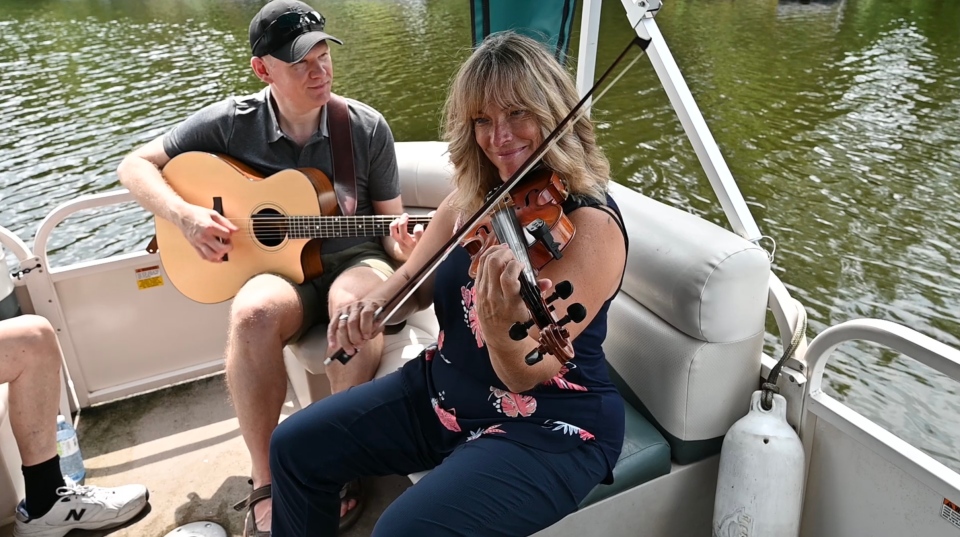 "As we’re boating past people, seeing their smiles just means everything,” said Lindsey.

"It always stirs up a lot of great memories. I just love the music and I love the instrument,” she said.

"I hope this project really takes off and gets on fire. People have to get involved," she said. 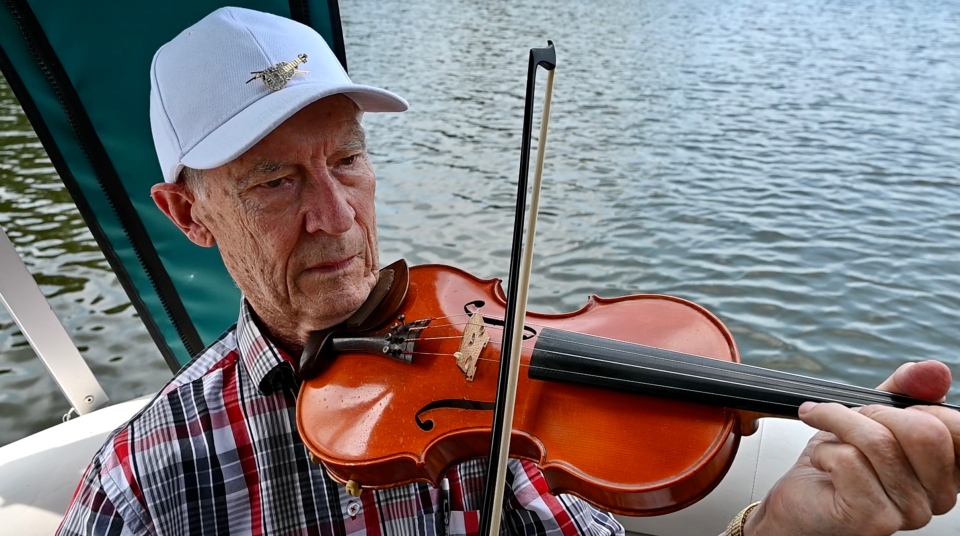 Eighty-nine-year-old Keith Wilson has been fiddling since he was 7, but never while on the water.

"A cruise in a boat like this is special," said Wilson.

He hopes his fiddling will make people in Manotick feel like dancing.

"We used to say if you can’t dance to this kind of music, you’re dead," Wilson laughs.

Fiddles on the Rideau is also a fundraiser close to Sherryl Fitzpatrick's heart.

"I have a very close family member that struggles with addiction and mental health."

For Fitzpatrick and her family, Rideauwood Addiction and Family Services in Ottawa has been a bridge over troubled waters.

“Organizations in Ottawa like Rideauwood Addiction and Family Services are operating solely on donations, so we’re looking to the community to help us in donating to a good cause and to give back to mental health."

Times and locations for the Aug. 28 event are available at fiddlesontherideau.com.