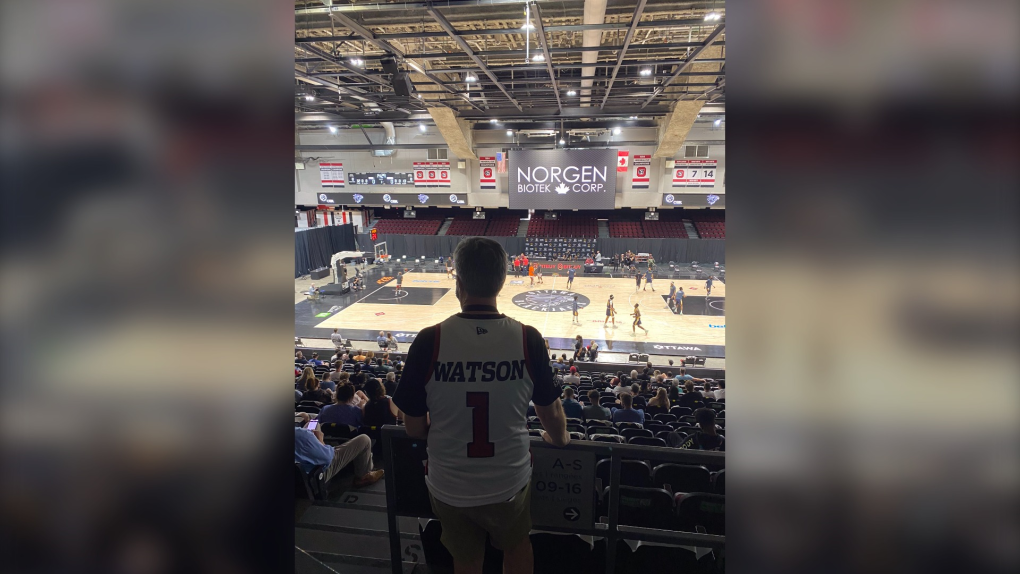 OTTAWA -- For the first time in 495 days, fans attended a live sporting event in Ottawa on Saturday.

With Ontario moving into Step 3 of the economic reopening plan, up to 1,000 fans were allowed inside The Arena at TD Place for the Ottawa BlackJacks game against Edmonton Saturday afternoon.

"Extremely exciting. Obviously, we're the first sports franchise in Ontario to welcome back paid attendance, but when you're thinking about what it does for the community – everybody's happy," said Jevohn Shepherd, General Manager of the BlackJacks.

"The last year and a half has been extremely tough for everybody and we've been only able to get out and take walks. Now we're at a place where we can have live sports, we can enjoy live sports."

Shepherd says fans in the stands will be an "invisible" player on the floor for the team as the sixth man.

"I think it just means so much, one for our team, so much for the community that's been extremely supportive. We can feel the buzz, we can feel the energy," said Shepherd.

As part of increased safety measures, The Arena at TD Place has moved to electronic ticketing and paperless transactions, with no cash. Hand sanitizer stations will be set up throughout the building and face coverings will be required by all patrons.

The BlackJacks say Ottawa Sports and Entertainment Group has set up a seating configuration in the arena in consultation with health authorities and the CEBL to ensure the comfort and safety of all patrons that enter The Arena at TD Place.

The 1,000 fans were seated on the north side of the court, including pairs of seats spaced out along the court.  Pictures on social media showed fans sitting in groups of two and four people, spaced out in the seats through the upper and lower bowls.

Shepherd told CTV News Ottawa earlier this week that the BlackJacks and Ottawa Sports and Entertainment Group made COVID-19 safety the priority as fans return to the stands.

"We're doing everything in our power to ensure the confidence with the health and safety protocols."

Under Step 3 of Ontario's reopen plan, up to 1,000 fans will be allowed inside TD Place for basketball.

Fans will also be allowed to attend the Ottawa BlackJacks game on July 26 against Saskatchewan and on Aug. 4 against Guelph.

This is the first time fans have been allowed inside arenas and stadiums in Ottawa for a sporting event since the Ottawa 67's beat Niagara on March 10, 2020, at TD Place. The Ottawa Senators last game in front of fans in Ottawa was March 5, 2020 at Canadian Tire Centre.

The Ottawa Redblacks will be allowed to have up to 15,000 fans at TD Place for CFL games when the season starts in August.