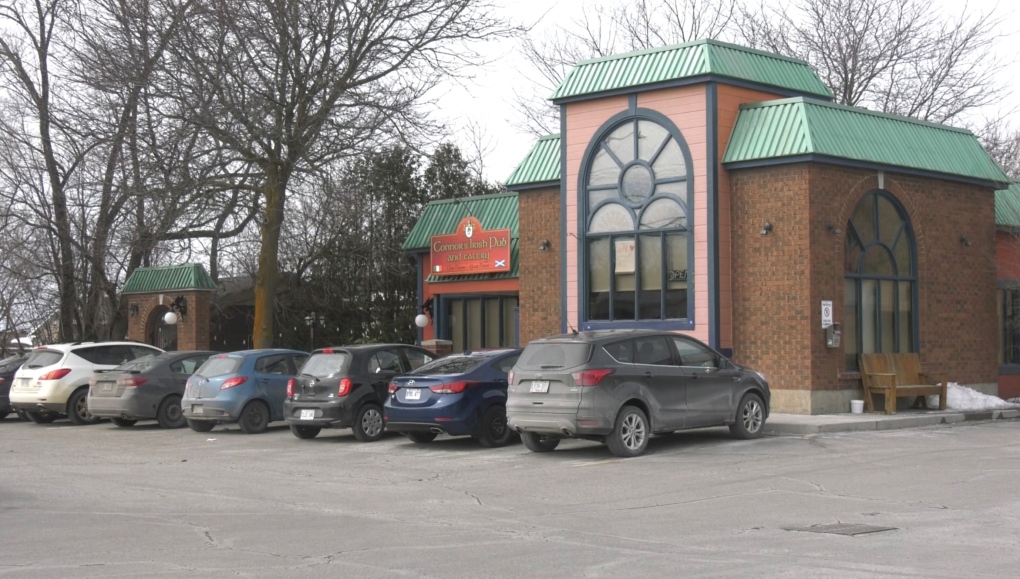 Officers visited businesses across the city during the weekend of March 6 and 7 to ensure establishments are following the rules of Ottawa's Temporary Mandatory Mask Bylaw and provincial orders during the pandemic.

"Officers in plan clothes discovered some businesses were beyond the opening hours, not adhering to public health guidelines and hosting large gatherings," said Chapman.

Ottawa Bylaw did not provide the names of the businesses or the exact violations for each establishment charged with violating the public health measures.

The Alcohol and Gaming Commission of Ontario told CTV News Ottawa Saturday afternoon that Tosca Restaurant and Connor's Irish Pub and Eatery in Orleans were charged during the Ottawa Bylaw Services blitz.  A spokesperson says the AGCO is now proceeding with a "regulatory and administrative" review of the two establishments.

"Those who hold a licence to sell alcohol are responsible for meeting their obligations under the Liquor Licence Act (LLA), comply with orders such as the Reopening Ontario Act (ROA), and to act with honesty and integrity," said the AGCO.

"When local officials charge a licensed establishment for a violation of the ROA, this triggers an AGCO regulatory review of the status of the licence. That is currently underway."

Staff at both Connor’s Irish Pub and Eatery and Tosca Ristorante told CTV News on Saturday the establishments had been fined for operating after closing time.

Employees at Connor’s on St. Joseph Boulevard in Orleans said they were ticketed for operating at 10:06 p.m. and said they felt bullied by the city’s actions. They also described the Bylaw officers as aggressive.

Employees at Tosca Ristorante on O'Connor Street also told CTV News Ottawa they were ticketed shortly after 10:00 p.m.   They said plain clothes bylaw officers were at the location, and they were ticketed for continuing to operate at 10:15 p.m.

Employees at both establishments said they didn’t receive the ticket until four days after Bylaw officers had been at the restaurant.

"While most businesses are adhering to the rules, the violations observed by some businesses present significant concerns for public safety," said Chapman.

"Bylaw and Regulatory Services is monitoring the situation and reminding businesses to adhere to the provincial orders, the Temporary Mandatory Masking Bylaw as well as the Liquor License Act."

Ottawa is currently in the "orange-prevent" zone in Ontario's COVID-19 reopening framework.  Under the provincial orders, Last call for bars and restaurants is 9 p.m., and all establishments must close at 10 p.m.  Other rules include a maximum of four people sitting at each table, mandatory masking except when eating or drinking and establishments must collect contact information for all patrons.

Ottawa's Temporary Mandatory Mask Bylaw says operators must provide alcohol-based hand sanitizer at all public entrances and notify customers of the mandatory mask requirement if they are not wearing a mask.

The chair of the Ottawa Coalition of Business Improvement Areas says the fact 15 charges were issued to eight businesses during the enforcement blitz is "a bit of a win."

"There were so few fines handed out on what was clearly a widespread blitz or campaign to make sure everybody was following the rules," said Mark Kaluski on Saturday.

Kaluski says he understands that most of the violations were minor in nature.

"It just goes to show that most bars and restaurants are doing everything they can to follow the rules because the last thing they want is to be shutdown at this time."

However, Kaluski admits he's frustrated that two Ottawa restaurants were fined for violating the operating hours.

"It feels like a bit of a gut punch when you vouch for all these restaurants and then someone breaks the rules. So it’s frustrating."