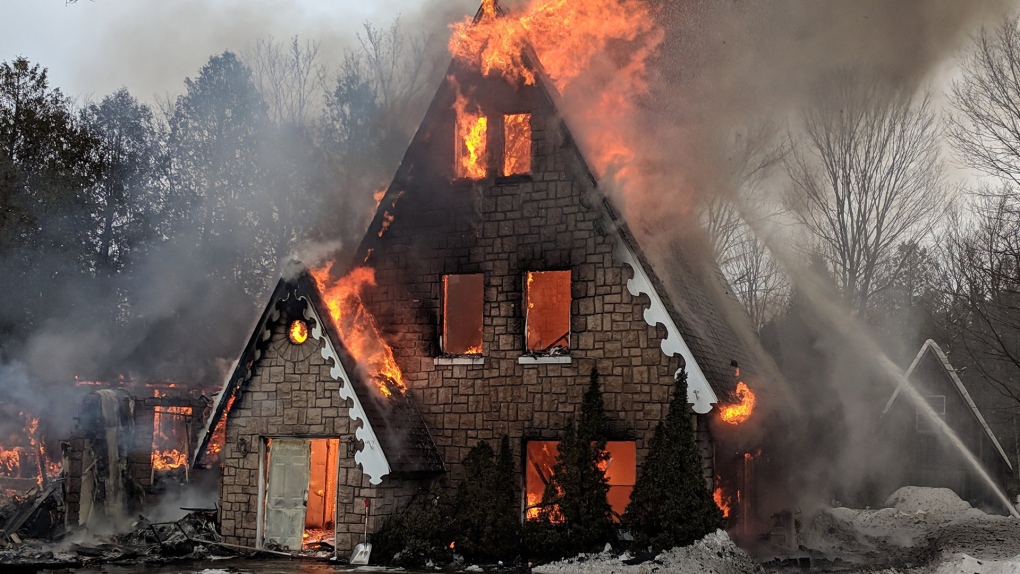 No injuries have been reported following a house fire in Cumberland Thursday afternoon.

Ottawa Fire was called to the home on O’Toole Road near Willhaven Drive around 3 p.m.

The homeowners were not there at the time but have since arrived on scene.

There’s no word yet on what may have caused the blaze.

Defensive attack from @OttFire at Structure Fire 1500bk of O’Toole Road near Willhaven. All occupants accounted for. No injuries at this time. Aucune blessure @IncendiesOttawa #ottnews pic.twitter.com/j8NvMnrTTJ

Ottawa Fire on scene of a Working Fire at 1571 O'Toole Road. Single family home was heavily involved on arrival. Occupants are accounted for and no injuries reported. #ottnews #ottcity #ottfire pic.twitter.com/jL8YsfDAey

OTOOLE UPDATE: Inspector is now on scene. Crews securing scene. Reservoirs are called “Porta Tanks” & they supply water to firefighters. Water is shuttled by fire apparatus called Tankers. REMINDER: give these vehicles the right of way if operating in your area. #ottnews pic.twitter.com/qLw1e5AIPZ