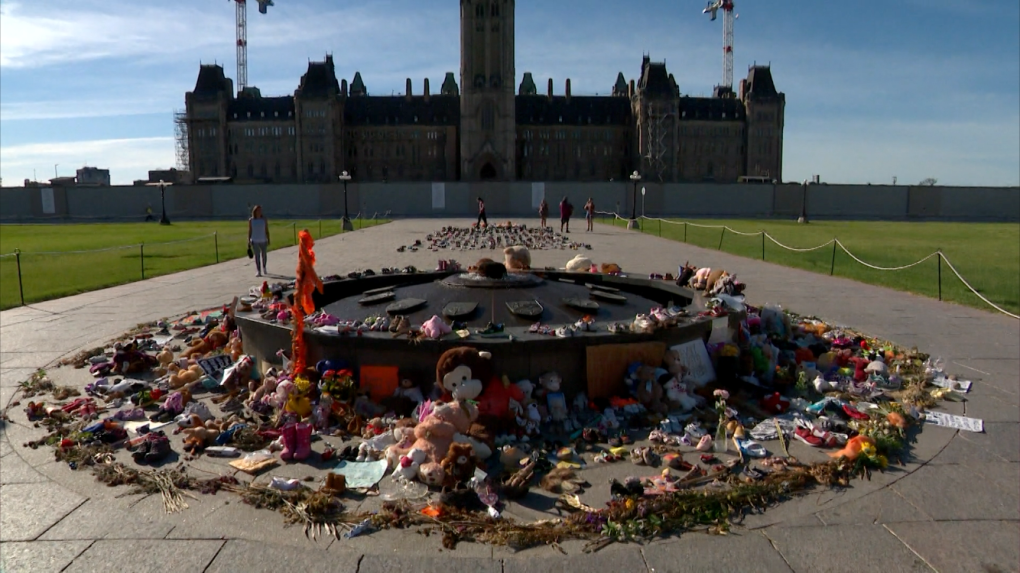 OTTAWA -- As Canada prepares to turn 154-years-old in a few weeks, calls to cancel this year’s Canada Day festivities grow across the country,

Some in Ottawa and eastern Ontario have chosen to hit pause on July 1 celebrations.

"It was a personal choice for us as a committee," said Jennifer Litke, a member of the Prince Edward County Canada Day committee.

The volunteer-run committee hosted the event for nearly a decade.

After the recent discovery of the remains of 215 Indigenous children at a former residential school in British Columbia, Litke and other members of the committee felt it was time to hit pause.

It’s a similar feeling for Marlene Haley, the owner of Merry Dairy in Ottawa. She’s choosing to close up shop on July 1, a day that’s usually a big event for the ice cream shop.

Instead they’ll be making a donation to a local indigenous organization on June 21. They’re also asking nearby residents to create messages that will be placed on their shop’s window to raise awareness about Canada’s past and the history behind residential schools.

"I didn’t learn about it when I was younger and by having those conversations we can start to heal," said Haley.

Indigenous activist Amanda Kennedy says even though Canada is turning 154 this July, it’s a different feeling for indigenous people.

"That’s celebrating genocide and assimilation of indigenous people," she said. "Canada is a beautiful country but sadly it has a hard truth behind it."

She added that acknowledging and learning that truth is the way to move forward.

In Ottawa, Canadian Heritage is hosting a virtual Canada Day celebration for the second straight year due to the COVID-19 pandemic.

In a statement, Canadian Heritage says they recognize for many, Canada Day is not an occasion to celebrate.

"All Canadians were heartbroken when we learned of the remains of children at former residential schools in Canada, notably in Kamloops. This has been a deeply emotional and traumatic time for Indigenous communities across the country," said a statement from the Office of the Minister of Canadian Heritage Steven Guilbeault.

"The Government of Canada is working with Indigenous partners to provide resources and support. Residential schools were part of a shameful and racist colonial policy that removed Indigenous children from their communities and denied them their families, language and culture – the impacts of which are still felt to this day."

Canadian Heritage notes September 30 will be a National Day of Truth and Reconciliation to honour the survivors, their families and communities.

"Canada Day is an opportunity for all of us to reflect and to understand the ongoing impacts of our past and to look toward our country’s future with a firm intention to do better," said the statement to CTV News Ottawa.

"As long as we keep having open conversations about this then that’s where we can learn and heal and grow together," said Kennedy.