Buckaroo the stolen lab has been found in Oakville 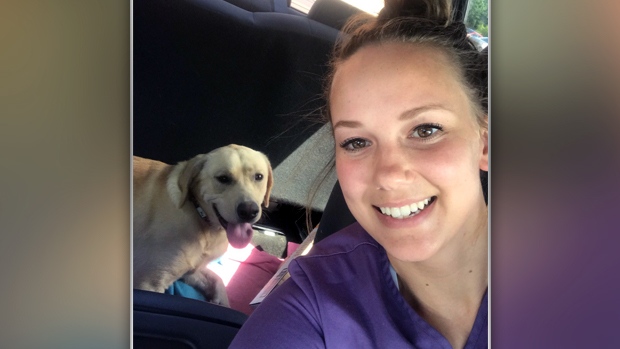 Owners desperate to find their missing dog say the animal has been located. (Photo: Jordin Legate)

The one-year-old Labrador retriever that was stolen from Cloyne, ON after the thief accused the family of neglecting the animal in a note - has been found.

Buckaroo’s owners picked him up from the Oakville Humane Society today.

The family says they received a tip that the animal was at a shelter in Oakville after the story went viral. Buckaroo's owners were told he had been there since Friday.

Buckaroo went missing on Thursday and the family says days later a letter appeared accusing them of neglecting the animal.

The note alleged Buckaroo was underweight and was suffering from an ear infection.

Phillips' sister-in-law, Jordin Legate, who is a veterinary technician, said Buckaroo recently suffered a food allergy and was on medication. She said he was in the process of recovering.

The unknown author on the letter also wrote that Buckaroo was left outside for three days. Phillips denies those allegations. He did admit to leaving Buckaroo on a leash in the shade on Thursday while he was away. He says Buckaroo is always fed morning and night and brought inside to sleep.

Phillips is visiting cottage country from Nunavut where he lives with Buckaroo. Now the pair will be able to return home together.

The family says the person believed to have taken Buckaroo has been identified. Ontario Provincial Police continue to investigate.