KINGSTON -- An evening crash in Kingston, Ont., has left a 16-year-old Grade 11 student dead, and eight others with injuries.

The Limestone District School Board announced Scott Legg, a student at Frontenac Secondary School, was killed in the crash in Kingston's west-end Wednesday night.

In a statement, the Limestone District School Board said, "this is a tragic loss and we offer our deepest sympathy and support to Scottie's family and friends at this most difficult time."

Several other students from Limestone schools were involved in the crash. Police have not released any details about their injuries.

The school and the school board are working to ensure students and staff receive support over the coming days and weeks.  The board says Educational Services staff are providing immediate supports to students and staff at various schools, and will be available as long as needed.

Jay Weaver was sitting on his front-porch Wednesday night when he heard the crash.

"It was just boom, and then followed by few rumbles or whatever and it just went on for a couple seconds and then all of a sudden, just silence."

Weaver says he saw a car at a street post shortly after the crash with a crowd of people around it. 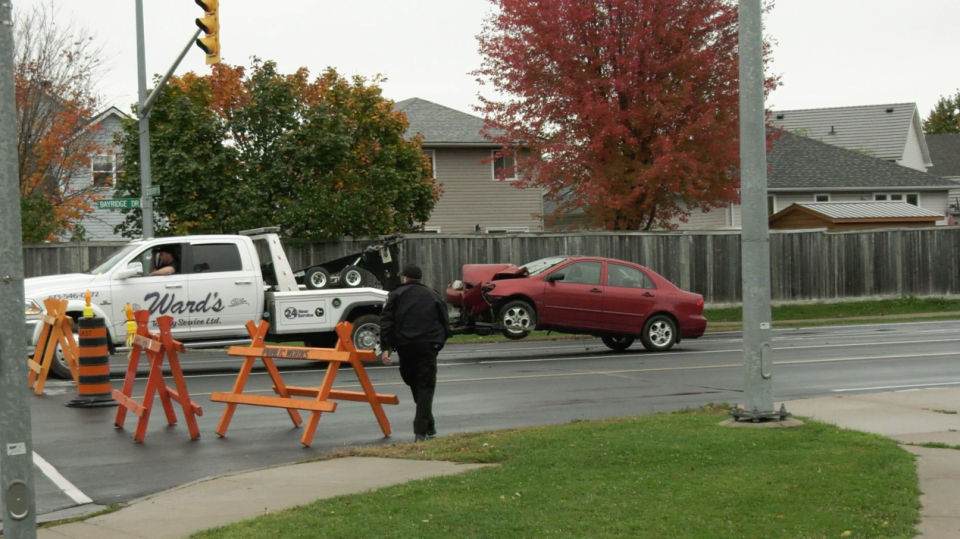 "It only has got street lights on the one-side of the road, so it's kind of dark there. So, anyone speeding down that road too fast, it's understandable that they would not see someone else coming."

On Thursday morning, one vehicle was still in the ditch along Bayridge Drive, with police tape and evidence markers on the road near the vehicle.

CTV News Ottawa's Kimberley Johnson saw two vehicles towed from the scene of the crash later in the morning, including a badly damaged four-door car. 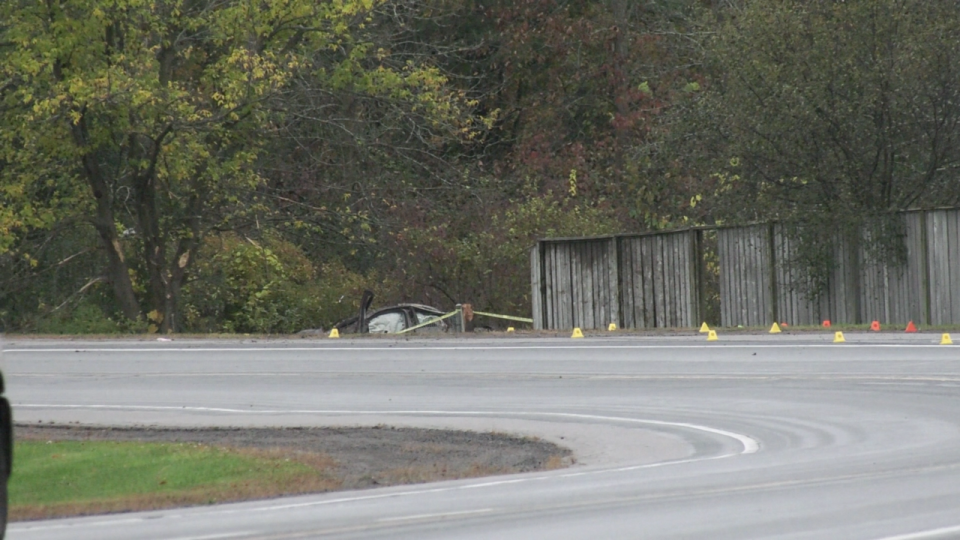