Workplace COVID-19 outbreaks on the rise in Renfrew County 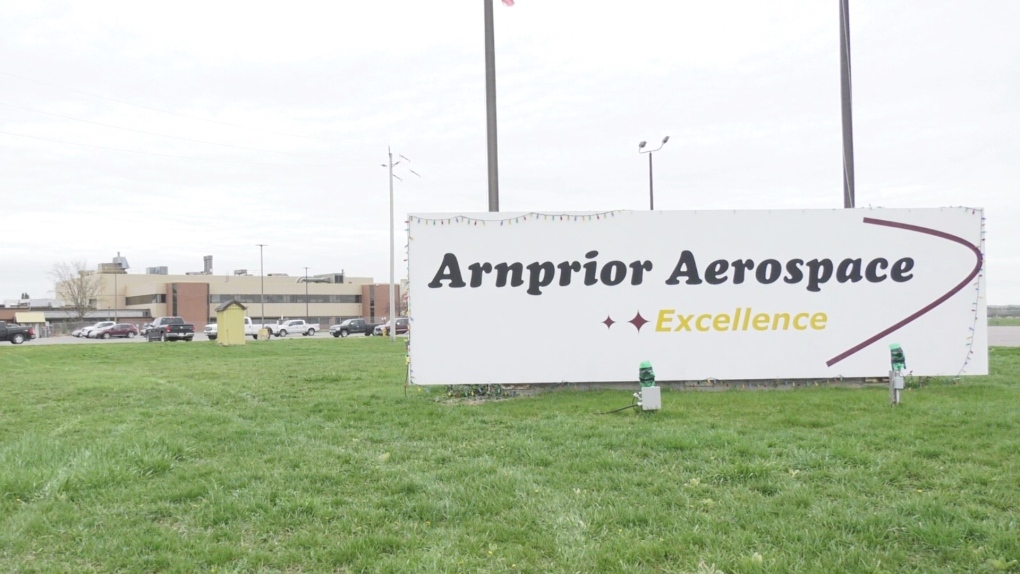 A COVID-19 outbreak was declared at Arnprior Aerospace in Arnprior, Ont. on May 2, 2021. (Dylan Dyson / CTV News Ottawa)

ARNPRIOR, ONT. -- Renfrew County’s top doctor says he is concerned about the rise in COVID-19 outbreaks the health unit is seeing at workplaces.

“We’ve never seen this before, and I think this is an indication of a lot of things,” says Dr. Robert Cushman, acting medical officer of health for Renfrew County.

“The first one is wave three and how transmissible the variants are.”

Cushman adds that variants now make up roughly 80 per cent of all positive cases reported in the region.

“The second one is people who have COVID fatigue, and there’s some arrogance out there. And the third issue is, if you look at people in the workplace, they are under the age of 50 and they’re healthy, so these are people who haven’t been vaccinated,” notes Cushman.

“Spring has been slow and you’ve been seeing your friends at the workplace, and it’s very easy to let down your guard,” says the doctor, referring to specific scenarios such as lunch breaks and after work socializing. “We’ve heard of not enough masking, not enough distancing, and also of people’s groupings being larger than they should be.”

Vaccinations continue to roll out across the county, but Dr. Cushman warns that residents still have work to do to get back to any sense of normalcy. “We need to make sure that we’re very careful and continue to be careful probably for the next six to eight weeks as we ride out wave three.”