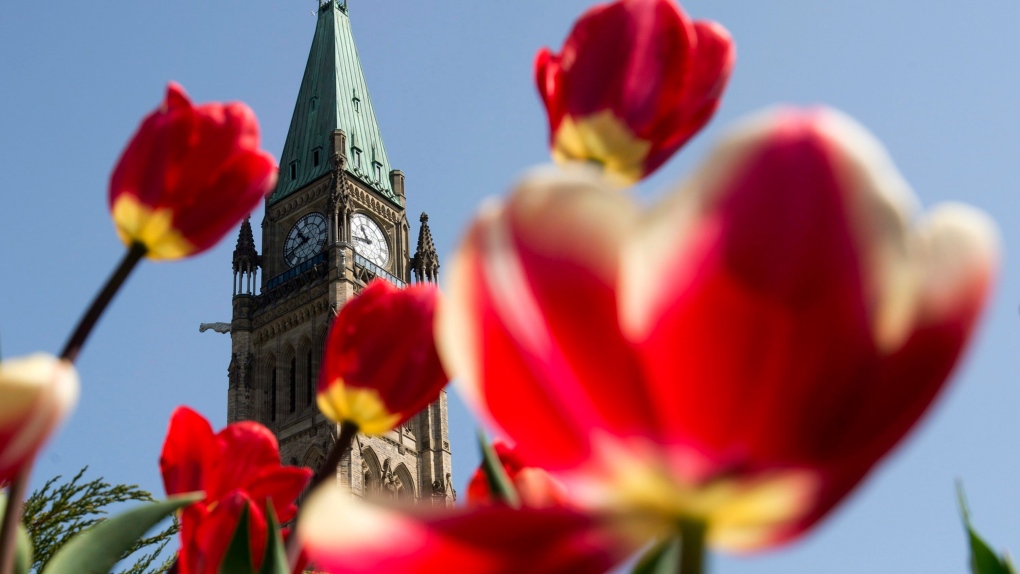 The Peace Tower is seen through flowering tulips Wednesday May 6, 2015 in Ottawa. (Adrian Wyld / THE CANADIAN PRESS)

OTTAWA -- As Ottawa braces for the largest snowstorm of the season, the Weather Network warns we will have to wait for the warm weather of spring to arrive.

The Weather Network has released its spring forecast, calling for near normal temperatures and above normal precipitation levels for Ottawa and eastern Ontario.

“Overall, temperatures will be noticeably warmer than the previous two springs. However, an interruption to this pattern is expected with several weeks of colder than normal weather before consistent warmth arrives.”

The Weather Network adds “this pattern is somewhat reminiscent of what we saw during the fall which featured extended periods of warm weather that was offset by several weeks of colder than normal weather during November.”

The forecast does warn that with above normal precipitation in the region, “this will bring a heightened risk of spring flooding to areas that have a deep snowpack and along the shores of the Great Lakes."

Across Canada, the Weather Network says its Spring Forecast for the months of March, April and May shows most Canadians will have to be patient as we wait for the arrival of the consistent warm weather.

“Spring will tease us at times with periods of warm weather, but the warmth will lack consistency across most of Canada,” said Chris Scott, Chief Meteorologist with The Weather Network.

“This spring will bring a heightened risk of several weeks of colder than normal weather, even for regions that will see average temperatures for the season overall. In addition, large parts of the country will have a wet spring.”