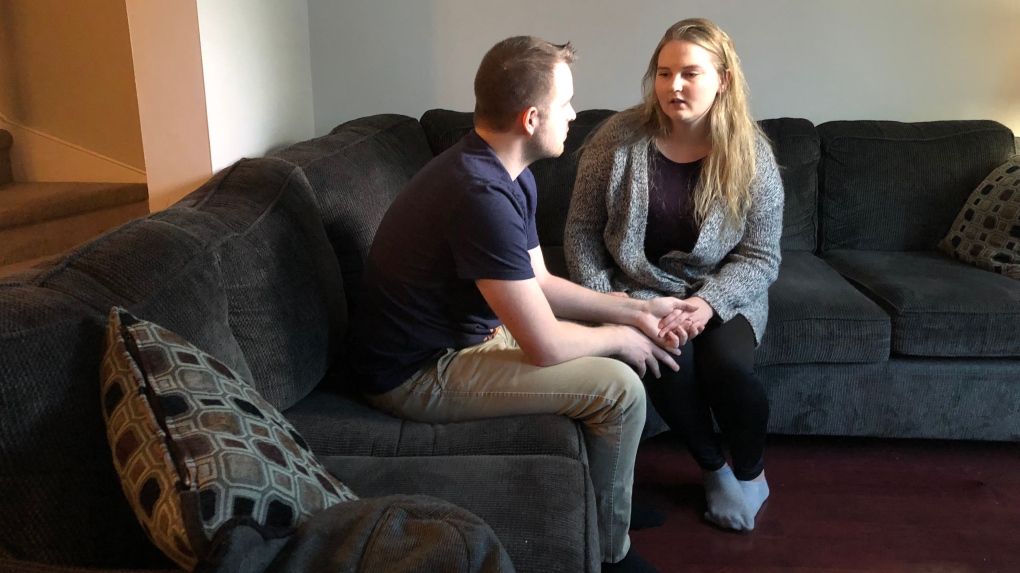 Amanda Brooks and Gage Geneau at their Kanata home.

Amanda Brooks is reliving the horror of that day, September 18, 2013; when the double-decker bus she was on crashed into a Via Rail train near Fallowfield station.

“What gets me through each day is telling myself that's never going to happen again.” Brooks said.

The 25-year-old’s worst fears were realized yesterday upon hearing of news of the OC Transpo double-decker bus crash at Westboro station.

Still dealing with anxiety and flashbacks from 5 years ago, Brooks has sought counselling to deal with post-traumatic stress and the reminder of the horrific images from that fateful day when the bus she was aboard was hit at a railway crossing near her home.

“It was such a flashback to that day, because I am like, oh my god that’s the bus I take, obviously in 2013 I was on that bus, but at least this time I was fortunate enough not to be on that bus.” said Brooks.

Following recommendations made by the Transportation Safety Board, grade separators have been installed at some railway crossings near Fallowfield station; designed to prevent such a crash from happening again.

“Everything we needed to do in that TSB investigation has been acted upon and a reminder there was nothing that pointed to double-deckers."

“The new double decker buses do have bumpers on them. I don't know if that was one of the more current buses. That was the designer who did that on their own.” said Manconi, unsure of whether the bus involved in Friday’s crash was a newer model vehicle. OC Transpo said officials are investigating the cause with members of Ottawa Police Service.

Gage Geneau is Amanda Brooks’ fiancé; he and Brooks moved to Kanata two years ago; to avoid travel along that railway crossing in Fallowfield. Geneau said he rides the route 269 bus and often boards the early rush-hour ride home.

“I do take that bus daily going to and from work.” said Geneau.

Geneau took a later bus home Friday night; lucky not to have been involved in that fateful crash.

“Having two major ones in 5 years is not really that long of a time-span. I'll be fine taking the bus but I’m sure there's plenty of others who won't be. But, I likely won’t be sitting at the front anymore." said Geneau.