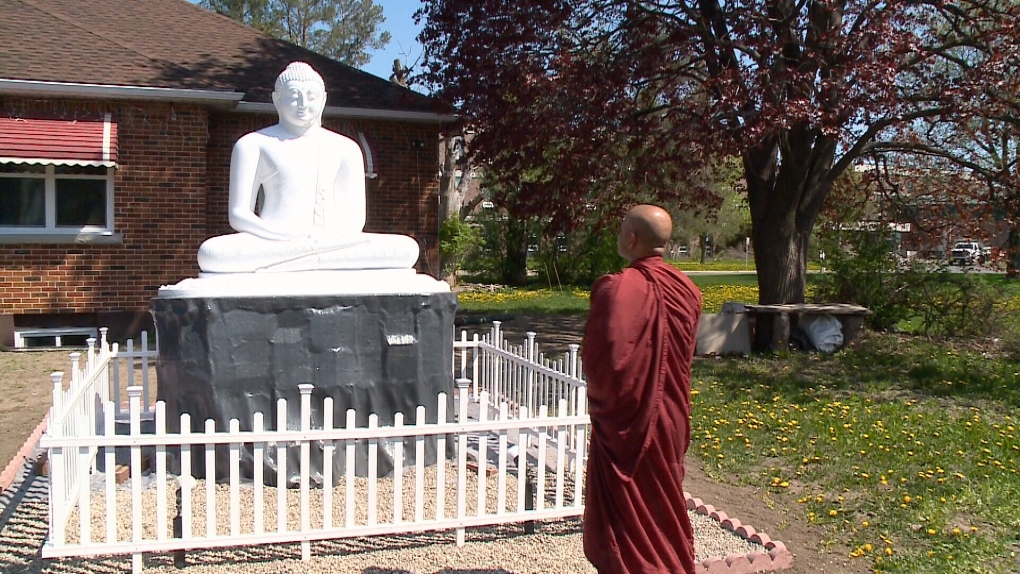 Ottawa Police are investigating another attack on a Buddha statue outside the Buddhist temple on Heron Road.  This time, the vandalism was captured on surveillance tape.  It shows a man approaching the statue with a stick Wednesday night and smashing it repeatedly.

The monks at the Hilda Jayawardenaramaya Buddhist Temple say they don't understand why someone would do this.

“We are not here to spread hatred or anything else but peace and happiness,” says Bhante Jinananda, “I think one or two people are mad at this and try to revenge but we invite them to see we are very kind and compassionate.”

Two months ago, someone decapitated the statue with a steel bar .  A crowd-funding campaign raised enough money to have it repaired and re-installed at the end of April.