OTTAWA -- The chair of Ottawa's transit commission says he is feeling more optimistic now than he was before, upon hearing the CEO of the consortium that built and maintains the Confederation Line is stepping down.

His departure comes at a time when the entire Confederation Line is closed for extensive maintenance to rectify issues that have troubled the line since shortly after its launch nine months ago.

Speaking on CTV Morning Live on Tuesday, transit commission chair councillor Allan Hubley said he believes the shakeup will be good for RTG and for the city.

"I look at it as a very positive development," Hubley said. "We thank Mr. Lauch for his contribution toward the LRT, but I'm looking forward to meeting the new CEO who will hopefully make it their number one priority to make progress on reliability."

Hubley would not say there was a failure of leadership at RTG, but admitted he's got a better outlook for the future.

"Let's put it this way: I'm a little more optimistic today than I was yesterday," he said. "Change is always good and I look forward to more progress on this because our riders have been more than patient. It's time to get this done."

Councillor Riley Brockington, who sits on the transit commission, told CTV Morning Live the change in management, at this time, does raise questions.

"It calls into question what the consortium's thinking is," he said. "I've asked as recently as the last transit commission meeting if RTG has the expertise to fix the problems. Do they have adequate labour? They've had to call in experts from UK. The fact that it's taken so long, I call it into question."

Brockington said he hopes RTG will be transparent in terms of when the new CEO will be appointed.

When OC Transpo announced on Sunday that the planned partial closure of the Confederation Line from Monday to Wednesday would be a full closure until the end of the week, they said the temporary shut down could be further extended.

Director of Rail Operations, Troy Charter, said in a statement to CTV News on Monday that the reopening of the line would be based on how much work is done by RTG during the shutdown.

"A reopening date will be confirmed in the days to come following a detailed assessment of rectification activities as a result of this extended closure," he said. "More information will be provided to Council and customers as soon as it is available." 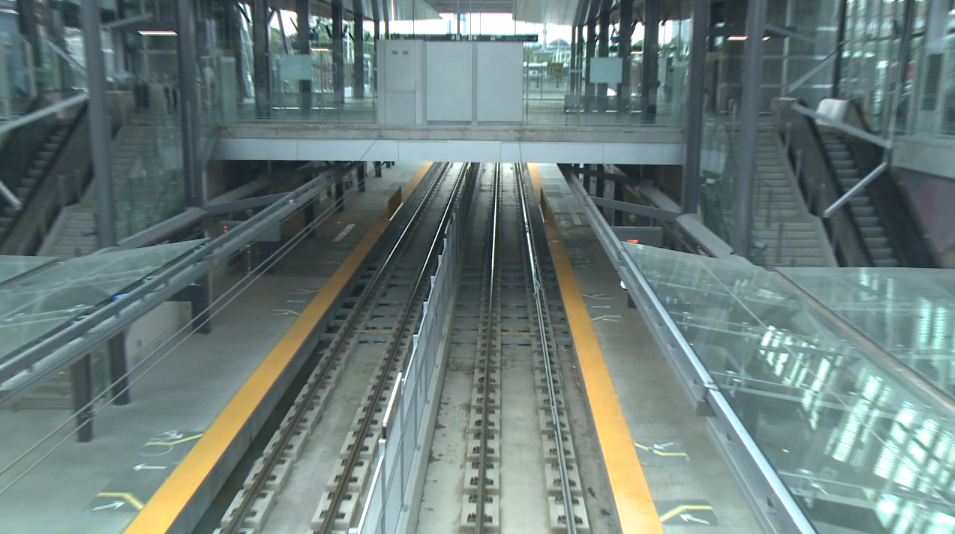 On CTV Morning Live Tuesday, Brockington said he'd be open to a lengthy closure of the line if it meant the system would be fixed.

"If they say they need a month or two months, and they have a clear timeline of how they're going to get the work done, I'm open to that," Brockington said. "If RTG comes to us and says 'Here's our plan, we need six weeks, eight weeks, ten weeks,' I think there'd be support to shut it down, particularly now, while ridership is low."

Hubley told CTV News at Noon an extended closure is a possibility.

"The understanding right from the outset is that they will go until the job is done. If there's more work that needs to get done, we are open to extending it into next week and beyond, if needed, because we need to get it fixed for later this summer."

On CTV Morning Live, Hubley said the progress OC Transpo sees this week will be a good indicator of whether RTG can deliver a reliable system by the fall.

"I would like to think that we will know the progress in the weeks ahead. This effort that's underway this week will be a good indicator of where we'll be in August. For today, I'm going to remain optimistic that they can get this work done and, under new leadership, speed up the process."