Tough penalties now in effect for dangerous driving in Ontario 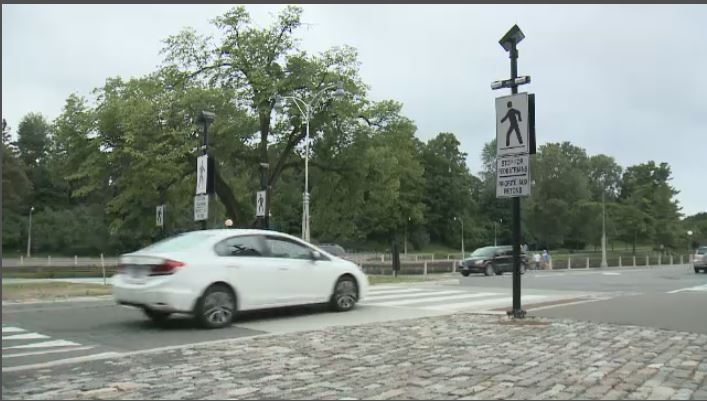 Drivers in Ontario face tougher penalties for careless drivers and those who fail to yield for pedestrians.

Starting September 1st, the Ontario provincial government has begun to enforce penalties that include a longer jail sentence.

Penalties include possible jail time of up to two years and a fine of up to $50,000 for drivers convicted of careless driving causing bodily harm or death.

In a press release sent out Friday, John Yakabuski, Minister of Transportation says, “Time and time again we’ve seen families devastated because a loved one is hurt or killed by a dangerous driver, and the driver walks away with no more than a slap on the wrist…This new charge sends a clear message that dangerous driving won’t be tolerated.”

Provincial Police Sergeant Kerry Schmidt says, “731 people have died in the last time years because of distracted or inattentive related collisions... 31 people dead so far this year in the province because of the same factor.”

Previously, the only charges for careless driving -- regardless of injury or death -- included a fine of up to $2,000 and a maximum jail sentence of up to six months.

Also beginning Sept. 1, drivers caught failing to yield to pedestrians at cross walks, school crossings and crossovers could be penalized four demerit points and a fine up to $1,000, instead of the previous reprimand of three points and a $500 fine.

Ottawa Police Constable Phil Kane says these fines come at a perfect time with students heading back to school. “Just let the kids cross safety. Put the phone down watch your speed, Do your shoulder checks. All that stuff we learned in drivers’ school applies now. Apply it today.”